Prominent Christian leaders have a great privilege; they also have a great responsibility. Because they have been given the privilege of speaking in the name of the Lord to a wide audience, of guiding and of influencing many of God’s people, their words are especially watched by the Lord and will be more strictly judged by Him (James 3:1). God requires much greater verbal carefulness from those to whom He has given the privilege of a national profile or platform. 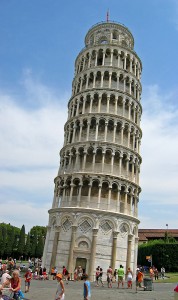 1. Remember that some of your followers will take your emphasis further than you wish.
When we come into a congregational situation or a particular context that requires we “over-emphasize” a certain theme or direction to re-balance a previous ministry or cultural emphasis, we must remember that people (especially young people) who grow up under such teaching will themselves be unbalanced unless there is very careful explanation of what we are doing and why, with suitable and clear qualifications. Without such, those who follow us will not only be un-balanced but will usually go much further in the direction we titled towards.

2. Remember that your influence extends far beyond your own immediate context.
Some of the recent blog posts about the imperative/indicative debate have argued that: “Well, the context I’m ministering in requires overemphasis of the indicatives to re-balance previous teaching and misunderstanding of the Gospel.” Others might argue: “Because my congregation have over-dosed on theology and doctrine, I need to call them to faith and action more.”

Our particular contexts will, of course, impact our choice of texts and the unique emphases of our sermons. However, well-known preachers and teachers must also remember that, with modern technology, their sermons are going much further afield than their own congregation and context. Within minutes or hours their sermons are being heard by Christians in very different situations. That calls for a much greater and wider sense of responsibility.

I know a pastor who was accused by someone in his congregation of “preaching to his SermonAudio.com audience more than the people right in front of him.”  Well, if online listeners are more important to a preacher than the flesh and blood preachers in front of him, then obviously there’s something very wrong. But, if a preacher who broadcasts his sermons online takes no account of listeners who are facing exactly the opposite danger he’s addressing, and provides at least some careful qualification and nuancing of his message, then he is being irresponsible.

And, of course, when Christian leaders blog on such subjects, and blog without thinking about how their words will be read by people in a very different context, that’s not only irresponsible, it’s also extremely frustrating and demoralizing for local pastors who are battling the opposite problem.