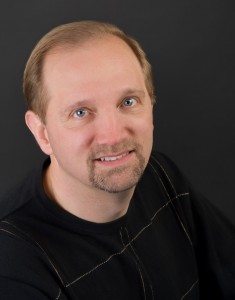 Bob Kellemen is one of the reasons I love America. In fact, to me he is a classic American  – enthusiastic, energetic, positive, cheerful, encouraging, stimulating, pioneering, and every other good “-ing” you can think of.

Having been involved in counseling for almost 30 years, Bob has a tremendous passion to see biblical counseling embedded in the life of the church. His own website and books have massively helped my own counseling education, teaching, and practice.

I deeply appreciate Bob’s brief, clear, and no-nonsense style of writing. He doesn’t waste words in pointless theorizing, but is always aiming at the practical and the helpful. It’s not often you find such fine balance and fervent passion combined in one person!

Two developments in the past year have led to Bob’s work getting the wider recognition it deserves: first there was his appointment as Executive Director of the Biblical Counseling Coalition, together with his lively participation on the Coalition’s blog.

Second, there was P&R’s recent publication of Bob’s long-awaited Equipping Counselors for Your Church. Perhaps this book more than any of his others gets closest to expressing the passion of Bob’s heart – to see biblical counseling not just as part of a church’s life but suffusing the whole life of the church. This is how he puts it in the introduction:

[The book] assists churches to become places not simply with biblical counseling ministries, but of biblical counseling. My goal is not the production of yet another program or yet another ministry on the sidelines. My goal is the promotion of a congregation-saturated mindset of every-member ministry with an entire congregation passionate about and equipped to make disciples.

I have to be honest, and say that I’ve been quite skeptical about Bob’s vision of every-member-counseling ever being realized to much extent in the church. We’ve regularly corresponded and chatted about it, but I’ve remained hesitant to embrace this worthy vision. My skepticism has had six major roots.

First, I’ve questioned the desire of many in the church to get involved in other people’s lives. The majority of people come to church and leave church without saying much more than “Hello,” “How are you?” “Good,” “We need to catch up.” It seemed to me like a quantum leap to not only get past small talk, but into the deepest and most personal kind of talk.

Second, I’ve doubted the ability of most Christians to speak wisely into other Christian’s lives. I’ve had a number of years of training and practice, and yet I still feel so ignorant of the Bible and very ill-equipped to deal with even the most simple problems in other people’s lives. What hope then for Christians with only a few classes on “Counseling” under their belt?”

Third, I’ve seen so many Christians speak so inappropriately into others lives, that I’ve been very afraid of the damage they could do to vulnerable people. I’m thinking here especially of the foolish unthinking repetition of common cliches that many use when speaking to depressed Christians. Do we really want to expose vulnerable believers to that kind of danger?

Fourth, even if good counsel would be given, I’ve been unsure about the willingness of most Christians to receive counsel from other Christians. When most Christians want counsel, they want to speak to the “professional” – the pastor, the psychologist or the qualified counselor. Are they really going to give much credibility to Mrs Ordinary Christian’s words of wisdom?

Fifth, I’ve been increasingly worried about pastors and biblical counselors over-estimating their abilities to deal with some of the most complicated human problems, especially in the mysterious interplay between the physical and the spiritual realms. Over-reacting to the past exclusion of Christians from the caring process by “professional” counselors, too many Christians have over-jealously reclaimed the whole territory and over-excluded others who could contribute to the care of hurting people. I was worried that this book would reflect that common and damaging approach.

Sixth, there’s just the whole problem of inertia. How do you introduce such radical change into the church? Is it worth the hassle, frustration and disappointment? Why not just go with the status quo?

So, I approached Bob’s book with considerable skepticism and doubt. But knowing and admiring Bob as I do, I really tried reading it with as open and persuadable a mind as I could.

Tune in tomorrow to see if he won this Scottish skeptic over to his American optimism!

Or share your own thoughts as to how practical, achievable, or even desirable Bob’s vision is.