A few weeks ago Dr Joel Beeke preached on assurance and gave five reasons why believers may lack assurance of faith. 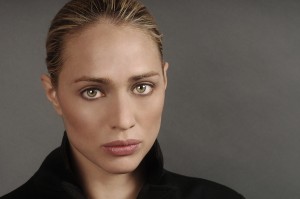 Dr Beeke gave five reasons that were specific to our own congregation:

Let me add another four reasons that I’ve come across:

Temperament: Just as people who are confident by nature are much more likely to have spiritual confidence, those who are constitutionally more timid and hesitant than others will usually find it harder to attain to assurance of faith. The confident among us need to be extremely sympathetic to such trembling souls. From what I’ve seen, the little assurance that a naturally fearful person may have can be a greater spiritual triumph than the chest-thumping confidence of the naturally buoyant personality.

Events: When a person passes through a series of difficult providences – loss of health, work, loved ones, etc – it can be devastating to assurance. Again, those of us who are surrounded by multiple evidences of God’s blessing should be very slow to condemn a questioning believer whose providence is screaming from every direction “There is no God!” or at least, “God is not love!”

Father or Pastor: When a person has been brought up by a perfectionist or demanding Father who rarely expressed appreciation or love, their view of God as a loving and assuring Father will be seriously damaged. Similarly, if the preaching we have been exposed to has been angry, impatient, hectoring,  demanding, unsympathetic, frustrated, etc., then we will view God similarly and lack spiritual comfort.

Sovereignty: Sometimes it’s not us or anyone else. It’s simply God. In one of the most pastorally helpful sections of the Westminster Confession of Faith we read:

The most wise, righteous, and gracious God, doth oftentimes leave for a season his own children to manifold temptations and the corruption of their own hearts, to chastise them for their former sins, or to discover unto them the hidden strength of corruption and deceitfulness of their hearts, that they may be humbled; and to raise them to a more close and constant dependence for their support upon himself, and to make them more watchful against all future occasions of sin, and for sundry other just and holy ends.

For sundry other just and holy ends! You might want to ask Job about that.