The zoo was right to kill the gorilla to protect the boy | Denny Burk
Denny Burk defends the decision to shoot the gorilla and save the boy. Did I just write that?

One of the vices of the Ninevites of old was that they didn’t know the moral difference between people and animals (Jonah 3:8; 4:11). It was a sign that as a civilization they did not know that human beings alone are created in God’s image and as such have a superior value and dignity over all other creatures. The Ninevites were pagans, and they did not retain the knowledge that God made mankind alone in his own image (Genesis 1:26-27). It is an ominous sign of the times that the error of pagan Nineveh has overtaken the American mainstream.

Hughes Oliphant Old: A Personal Remembrance | Reformation21 Blog
This is a touching memorial:

Tomorrow the remains of Hughes Oliphant Old (April 13, 1933 – May 24, 2016) will be interred at the Christian Street Cemetery in White River Junction, Vermont. A prince in Israel has died, leaving behind mourners who will miss both his genteel Christian piety and the vast body of knowledge that he will take with him to the grave. The reward in heaven for this humble servant of Christ will be great.

Living in a (Nominal) Religious Context | The Exchange
Ed Stetzer with some encouragements and challenges for living in a nominally Christian culture.

4 Ways to Make Disciples | Mark Dever
“Discipling doesn’t seem like the most obvious way to establish and strengthen a kingdom, does it? Kingdom building is typically the stuff of royal battles, dynastic wars, great fortunes, or works of political philosophy by old men with long gray beards. But Jesus concluded his time on earth by commanding his disciples to make disciples. Is that really how his kingdom would be built?”

Know When to Walk Away | Desiring God
Tony Reinke with twelve stops on how to be a better steward of the web and social media.

Inazu’s book should be read by all who desire a more civil, thoughtful society than the one in which we find ourselves. If nothing else, it sets forth a vision of what we might be if the world were not so intent upon unchaining the earth from the sun. How we get there is not clear, however, and I for one think the situation is much bleaker than Inazu acknowledges. But optimism is perhaps one of the more forgivable sins.

Don’t Count Out the Mommy Blog | True Woman Blog | Revive Our Hearts
To encourage all Mommy Bloggers out there:

I’d like to ask you to extend some grace to the Mommy Blogger. I want to encourage you: Don’t count out the Mommy Blog—not just yet. Here’s why.

10 Ways NOT to Fail at Your First Job Interview
A few of our kids will be experiencing this for this first time in coming months. And here’s what NOT to do at your first interview. 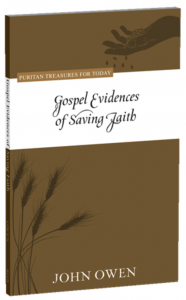 Gospel Evidences of Saving Faith by John Owen. One of the “Pocket Puritan” series which offers cut-down and modernized versions of Puritan Classics.

Cardus (root: cardo) is a think tank dedicated to the renewal of North American social architecture. They conduct independent and original research, produce several publications, and regularly stage events with Senior Fellows and interested constituents across Canada and the U.S. And they’ve just opened a new office in Ottawa, the heart of Canada’s political life.