I’ve often thought that future generations will look back on those of us who lived through the digital revolution and wonder, “What were they doing?” “Did they not realize the damage they were doing to themselves. The research is already beginning to reveal the harm we are doing to our brains. Here are some stats taken from the presentation The Great Disconnect: MegaHERTZ to MegaHURTS by Michael Wolff and Bradley Bridges.

Boys are much more likely to play video games.

The typical person by their early 20’s will have spent more than 30,000 hours on the internet or playing videogames. That’s roughly 3.5 years on the internet, playing games or using technology.

Children now spend more time with the media than they do with their family, in school, or sleeping. 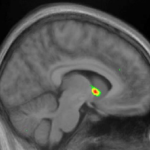 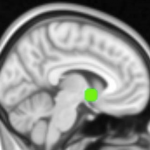 Frequent multi-taskers performed worse because they had more trouble organizing their thoughts and filtering out irrelevant information, and they were slower at switching from one task to another.

University of London found people who multitasked during cognitive tasks experienced IQ score declines similar to if they had smoked marijuana or stayed up all night. IQ drops of 15 points for multitasking men lowered their scores to the average range of an 8 year old child.

University of Sussex compared the amount of time people spend on multiple devices (such as texting while watching TV) to MRI scans of their brains. They found that high multi-taskers had less brain density in the anterior cingulate cortex, a region responsible for empathy as well as cognitive and emotional control.