An almost deafening siren. With multiple others in the background.

Seconds slow down and pass slowly by.

“Allan! Allan!! Allan!!!” I give up on control and just resort to being Dad.

Best word I’ve ever heard in my life.

I repeat them for Shona’s benefit.

Within 30 minutes we meet up in the hospital. Allan’s on a board with a neckbrace and Angus is recovering from a bleeding nose, a pummeled face, and, strangely, two very painful thumbs. A few hours and a few CT scans later, we’re all home and reviewing what happened…again and again. 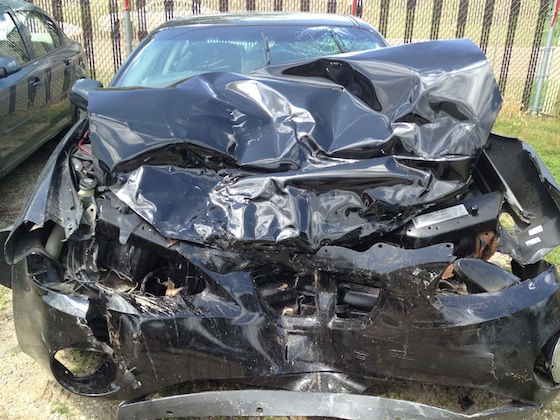 The Collision
Allan, who’s seventeen, was driving my car along Lake Michigan Drive, doing about 45 mph, when a drunk driver (or under the influence of something) in a black Pontiac, coming from the opposite direction, suddenly turned in front of them. There was nothing Allan could do, apart from swerve slightly just before impact. All the air bags deployed. After a few seconds of disorientation and shock, they both stumbled out of the car as fast as they could because they could smell gas and liquid seemed to be everywhere. Allan fell over and was helped by a bunch of motorcyclists who witnessed the accident.

Ambulance, police, and fire-trucks were there within minutes and soon they were on their way to hospital. The emergency workers were fantastic, reassuring the boys that there were multiple witnesses who saw exactly what happened and that the other guy would be charged. That is, if he escaped the fury of the bikers, especially one female biker! 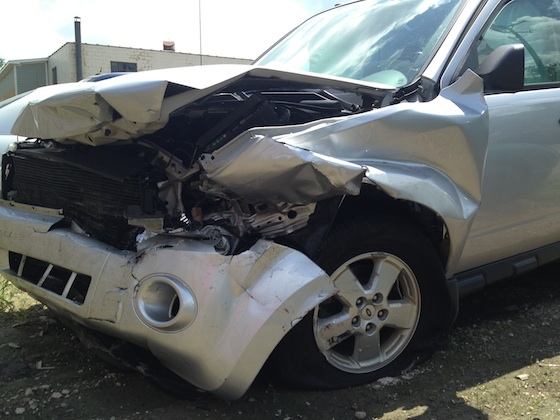 The Injuries
Allan has whiplash and chest abrasions. Angus has a sore face and two broken thumbs – he was texting when the airbag went off and pushed his thumbs backwards, with his phone, into his face. He’s now in a thumb cast and a thumb brace. Weird, eh?

The car is totalled, but who cares. They were spared serious injury and even death, and we praise God for His sparing mercies. We also pray that the Lord would bless this to their souls, increasing their spiritual urgency and seriousness. As Angus said, “For a few seconds, I couldn’t breathe, and I did wonder if I was alive or not.” 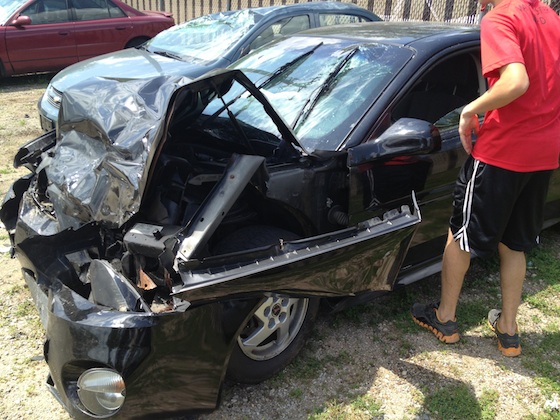 The Mercies
Strangely, Shona and I had both separately read Psalm 121 that morning. Maybe that was because the day before, Tuesday, our family had been spared another potential tragedy. Last week, Allan bought an economical car to help him with his new business. It was a Ford Escape 2003 and he paid $2900 for it (all he had plus a little help from ourselves). Tuesday afternoon, he was leaving our driveway when the axle broke at the wheel joint. The car collapsed on one side and the wheel completely buckled. Not only were we thankful that Allan was not driving on the highway when it happened, but Shona had been driving it with our four other kids (including the baby) just two hours before. God is MERCIFUL!

That car also is totalled. It cannot be repaired for less than it’s worth. Although I tried to keep focussed on God’s mercy afterwards, I must confess it was still very painful to think that we’d just poured $2900 down the drain (we had got it checked by a mechanic before purchase).

However, today we are rejoicing that God broke the old Escape so that in their collision Allan and Angus were driving the 2010 Escape with all its modern safety standards and equipment. I think I counted at least six airbags that had deployed. As the salvage man said, “The car did its job well.”

On a slightly humorous note, our recently-purchased used tractor mower was also totalled this week! Transmission failure and again not worth repairing. I’m waiting to discover what disaster God is saving us from with that! 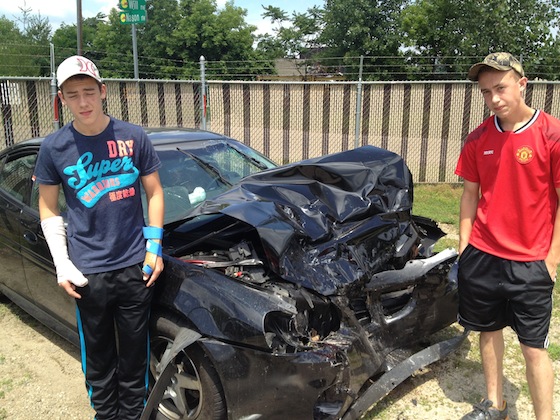