It’s social intelligence. Some call it “interpersonal skills” or “EQ”(Emotional Intelligence).  ”Why?” 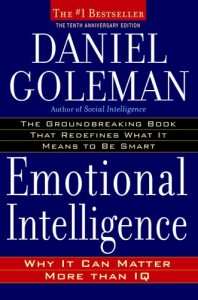 Writing on The Must-Have Leadership Skill, at the Harvard Business Review blog, Daniel Goleman explains: “Leadership is the art of accomplishing goals through other people…Technical skills and self-mastery alone allow you to be an outstanding individual contributor. But to lead, you’ve got to listen, communicate, persuade, collaborate.”

Now Goleman is speaking specifically of business leadership, but surely this is one area where pastoral and business leadership overlap. In fact, I would argue that social intelligence is even more important in ministry than in business.

We’ve all seen clever, competent, and self-disciplined people utterly fail in pastoral ministry. They just couldn’t connect with people at even the most basic levels of simply saying hello, asking how they were, and remembering their children’s names.

But I’ve also had the joy of seeing pastors with average IQ, limited preaching ability, and so-so administrative gifts being mightily used of God to unite, grow, build, and lead their congregations over many years.

Similarly, I’ve got to know a number of leaders of non-profit Christian organizations and institutions, and they too have EQ in spades (and usually IQ too!).

In fact, it’s such a thrill to watch such Christian pastors and leaders at work among their flocks, employees, and volunteers; to watch how they connect, communicate, inspire, energize, motivate, etc., and to observe the difference they make in people’s lives with even the most minimal of passing contact.

Spotting Social Intelligence
As a teacher of seminary students, I find it’s getting easier to identify those whom the Lord is most likely to use to bless and build his church in pastoral ministry. The Lord is sovereign, of course, and can blow all our analysis and predictions out of the water, but usually He uses “ordinary” means.

So how can we spot social intelligence? Daniel Goleman asked an executive with a long track record of good hires, who not only interviews candidates but watches them in social settings too. He said:

“We’d watch carefully to see if she talks to everyone at the party or a dinner, not just the people who might be helpful to her,” he said. One of the social intelligence indicators: during a getting-to-know you conversation, does the candidate ask about the other person or engage in a self-centered monologue? At the same time, does she talk about herself in a natural way? At the end of the conversation, you should feel you know the person, not just the social self she tries to project.

Lots of pastoral crossover here too, but for prospective pastors I’d like to add:

Maybe you can suggest other questions, but let me close with this appeal from Robert Anderson in The Effective Pastor:

In the seminary in which I teach, as a part of a course in philos­ophy of ministry I regularly bring in our assistant librarian to teach a class in etiquette. Unfortunately it probably is one of the classes that is received the most poorly. I say unfortunately because it is the class that often is needed the most.

Not many of our graduates fail in the ministry because they fall prey to doctrinal errors. Numbers, howev­er, have made an improper impact on the ministry simply because they are “klutzes,” are continually making themselves offensive to people—and they will not change. Simple things—such as practicing acceptable table manners, placing a mint in their mouths when deal­ing with people in close proximity, and refraining from picking the nose, ears, or teeth in public—would give those people substantial mileage in being more acceptable to others.

If they learned a few social graces in addition and were able to remember to express grati­tude to people for every kind action no matter how small, they would be making major progress toward becoming the type of re­spectable person the Bible demands for the position of pastor. The person who basks in his crudeness and considers it a necessary part of his “macho” image probably should seek another vocation besides the pastorate.