No one likes to be confused. If a doctor or a mechanic or a teacher bamboozle and befuddle us, we get annoyed, frustrated, and even angry. We demand clarity: “Look, can you please explain that again, this time in plain English.”

No one likes to be confused – with one exception – and that’s in the most important matter of all – our eternal destiny.

Why is clarity in every area of life to be commended, but clarity in the greatest issues of life and death to be condemned as “uncharitable”? 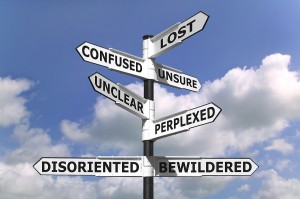 Well we could never accuse Jesus of a lack of clarity or charity. Rather,  it was His charity that produced His clarity. In fact, wherever there is charity in a heart, there will be clarity in the mouth! A compassion for souls will produce clear sermons, clear pastoral counsel, and clear parental instruction.

How can we say that charity produces clarity?

Consider Jesus’ first sermon, the Sermon on the Mount. He packed a lot into that first sermon, so much that we are still unpacking it 2000 years later. But as he concluded it, he returns to the basics: there are only two gates, two roads, two types of traveler and two destinations. It’s as if he says, “Whatever else you take away from my sermon, take this: “There are only two options.”

A Third Way?
From the Garden of Eden onwards, humanity has been on a desperate search for a third option, a third way to be saved. We realize there is a wrong way, and we don’t want to be on it – I mean who wants to be with Hitler, and BinLaden, and Kim Jong-il? But we don’t like the only other way – bit too narrow, bit too demanding, bit too unpopular. So let’s make up a third way.

And many preachers cooperate with this desired confusion. By neglect, by design, by fear, or by whatever, they leave people in sufficient fog to give them some hope that there may well be a third option. And such preachers are often admired and praised: “So compassionate! So kind! So warm!”

THERE IS NO THIRD OPTION!

And it’s not love to suggest there might be. Not in sermons, not at funerals, not in counseling, not in books, not anywhere.

The more we clarify these matters, the more the hearts of lost sinners will be exposed, the more they will see the broad gate they have entered, the broad road they are on, and the deadly destination they are heading to.

And the more angry they will get – at least initially. Because, for some weird reason, confusion is comfortable and usually preferred in spiritual matters. “Keep your clarity. Give me the fog!”

But clarity also, eventually, provokes passionate prayer, earnest seeking, and fervent calling on the name of the Lord for ourselves and for our loved ones.

In these foggy and confusing days, may God  give all of us far more of this compassionate Christ-like clarity in our hearts and minds, and in our words and in our walk.