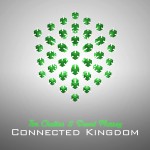 This week’s Connected Kingdom is on “Entitlement.” The podcast includes audio excerpts from others speaking on the subject, and concludes with some interaction between Tim and I. However, you can read a shortened version of the podcast below. Download here.

Jack Chambless is Professor of Economics at Valencia College. Every year he starts his class off by asking his students to write a 10 minute essay on what the American dream looks like to them, and what they want the federal government to do to help them achieve that dream. He describes this year’s results:

Professor Chambless’ students belong to the “Entitlement Generation,” also known as the “Gimme Generation.” They think they can have and should have whatever they want, whenever they want, and from whomever they want it, while others pay for it.” Or more simply, as one Occupy Protestor painted on her placard, “Where’s my bailout?”

That sense of economic entitlement usually goes hand in hand with education entitlement. Students now come to college expecting straight A’s. That’s the default. And, as Anthony Carter notes, woe-betide any professor who “fails” to comply.

Harvard Professor of Law, Lawrence Lessig, has noticed a huge increase in the sense of entitlement among students especially in questioning authority. He says that the Internet “has created a world where everybody feels entitled to question somebody else.” He goes on:

There’s no authority, there’s no like “being the professor of law from Harvard” that entitles you to say “Here’s what the truth is.” There’s an opening. Here’s a professor of law from Harvard who says here’s what the truth is. That’s a way of beginning a conversation. Some fifteen year old can say “I just spent the last 6 months studying about the history about the fourteenth amendment and what you just said is #@X!. Here’s the right answer.” We’ve come to this place where the younger generation just believes it’s their right to be as involved and as engaged as anybody.

Of course, being a Harvard professor, Lessig thinks this is great:

I think that’s a thing to be celebrated and encouraged, but I think that what you recognize that what you can see in a wide range of internet contacts the sense of entitlement has driven enormous creativity and engagement that before was presumed to be disqualified.

So is it just a case of, “Well there are some pros, and some cons to this. No big deal. Let’s move on?”

Jean Twenge wrote the book Generation Me: Why Today’s Young Americans are More Confident, Assertive, Entitled—and More Miserable Than Ever Before. She describes the entitlement generation as “smart, brash, even arrogant, and endowed with a commanding sense of entitlement.”

But, like Professor Lessig, Twenge also sees a flipside. She sees many of the “Gimme Generation” as individualists, “free-thinkers who are willing to break the status quo and pursue their dreams. Their confidence is what allows them to accomplish great things and can keep companies progressing.”

Again, we’re being tempted to minimize the significance of these societal changes. So, do we just shrug our shoulders and succumb to the spirit of the age? Economics Professor Thomas Sowell was interviewed about this on Fox News:

Interviewer: Professor, we had a series here a couple of weeks ago called Entitlement. There’s so many things that Americans now think they are entitled to because of government largesse. Everything from health care to food stamps, houses, even jobs. How do we get out of that?

Sowell: That’s going to be very tough. Because the whole media, politics, the educational system promotes the idea that you are entitled to something. It just seems obvious. Society is not entitled to anything. We can’t even get the food that we need without working for it. So when you say that somebody is entitled to it you mean that somebody else has to pay for what you want…

I’m totally with Professor Sowell on this. I see no long-term good coming from this entitlement mentality. It destroys initiative, independence, inventiveness, resourcefulness, motivation, the fear of consequences, and the link between cause and effect. It promotes indulgence, jealousy, conceit, laziness, and self-centeredness. It creates bad winners and bad losers.

It hurts marriages by putting the focus on “What can I get from him/her?” rather than “What can I give?” It hurts charity because the rich leave it to the government and withdraw from contact with the poor; the poor just get handouts from an impersonal, faceless, soulless State rather than from real caring people. Above all, a sense of entitlement destroys the Christian life.

As a Christian, I believe in one entitlement.

I’m entitled to Hell. That’s the only entitlement I have. That’s all I deserve, because of my sin. Anything else is grace, an unmerited bonus from the God of all grace. I don’t deserve a breath of life, a crumb of food, a drop of water, a stitch of clothing, a cent in my wallet, or an hour of education. I’m not entitled to one friend, one vacation, one verse of Scripture, or even one sermon. I’m certainly not entitled to salvation and heaven. I’m entitled to damnation and Hell.

That sense of entitlement makes me seek mercy, receive mercy, enjoy mercy, and be merciful to others. To paraphrase the Apostle Paul, “What have I that I did not receive as a free gift of divine grace? How therefore can I ever boast as if I had actually been entitled to it or earned it?”

So, there are basically only two ways to live: with a proud and angry sense of entitlement or with a humble and thankful sense of responsibility.

To summarize, “The wages of sin is death but the gift of God is eternal life through Jesus Christ our Lord” (Rom. 6:23).

If you’d like to give us feedback or join in the discussion, go ahead and look up our Facebook Group or leave a comment right here. You will always be able to find the most recent episode here on the blog. If you would like to subscribe via iTunes, you can do that here or if you want to subscribe with another audio player, you can try this RSS link.