Yesterday was my 47th birthday, which I celebrated holding my two-week old baby in my arms. Some scattered thoughts as I reflect on this gracious providence:

My God is surprising: Most asked question during Shona’s pregnancy? “Was it a surprise?” Most tempting answer? “Yes, neither of us have any idea how this happened!” But our most common answer: “It wasn’t a surprise to God!” No, He wasn’t surprised, but it was a surprise to us in the sense that we didn’t think that God would give us another child in our mid-forties, 10 years after the last one! We sometimes just look at one another and laugh. 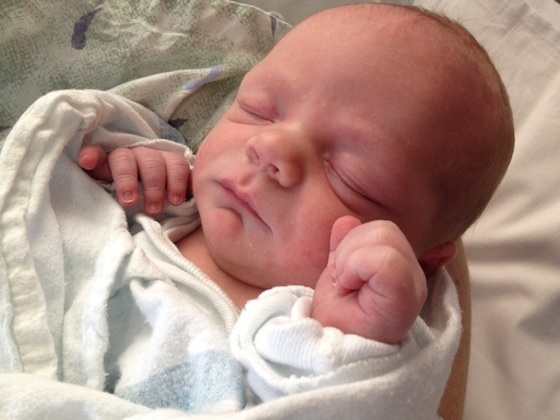 My spirit is reviving: A few years ago, when I had numerous health problems and then almost died from blood clots in my lungs, I got quite morose for a while. I felt my life had peaked and was now on the downward slope towards decrepitude, retirement, and mortality. Best years behind me and all that. But this little bundle of life has given me a new lease of life and I’m raring to go again. 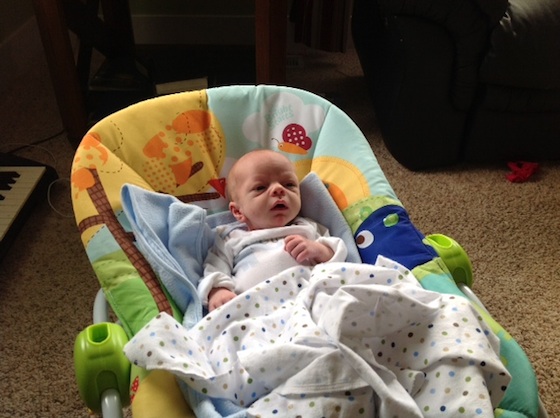 My body is aging: Yes, the spirit is willing but the flesh is weak! Despite my revived spirit, my body won’t cooperate as it used to. I now know why most people do this in their twenties and thirties. Scot certainly won’t have as active a father as my other kids, but he’s got four entertainers to take my place. 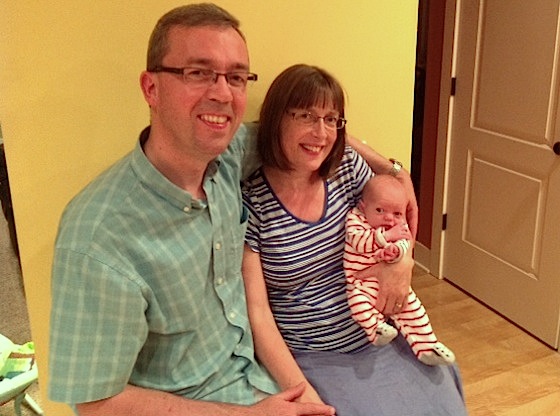 My wife is amazing: Like me, Shona’s no spring chicken, and yet there she is night after night  crawling out of bed to feed Scot, sometimes three times a night, while I snore on. It’s like she’s 25 all over again. I love watching her beautiful care for this little man.

My kids are helping: Well, OK, the two girls are. They are actually competing to change the most diapers! The boys? Well, they’re doing more than their fair share of chores about the house. And they love to stroke the wee guy’s warm and fuzzy head. 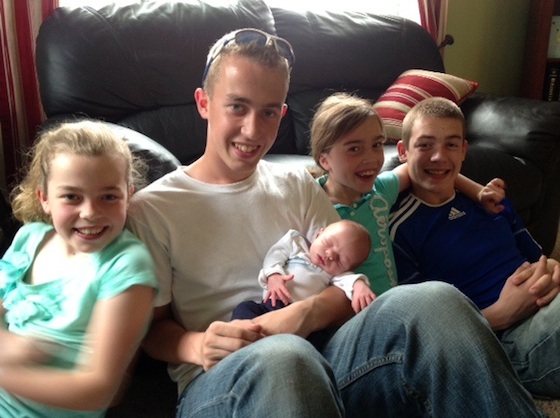 My church is rejoicing: It’s really taken us aback to see the joy that other Christians have for us and with us. We took the wee guy out to church last Sunday night (he slept through the whole service), and we were just overwhelmed with the waves of joy and gladness. People have been so kind with meals, presents, cards, etc. We’re deeply grateful. Everyone seems to love the name as well – Scot Lewis Murray. As he’s our only American, we wanted to give him a permanent reminder of his roots. BTW, Scot with one “T” is the Scottish version. Two “T’s” is Irish. And “Lewis” is Shona’s island home and also where I pastored for seven wonderful years.

My future is shrinking: Although we know that our lives could end at anytime, when we have children in our twenties, we usually think that we’ll see our children marry and have children of their own, etc. With Scot, I’ll be a senior when he’s a senior, though at different ends of the scale. I won’t see as much of his life as my other children. That’s painful in a way, and yet it calls forth more faith and trust as I commend him and my future to God – however long or short it may be. 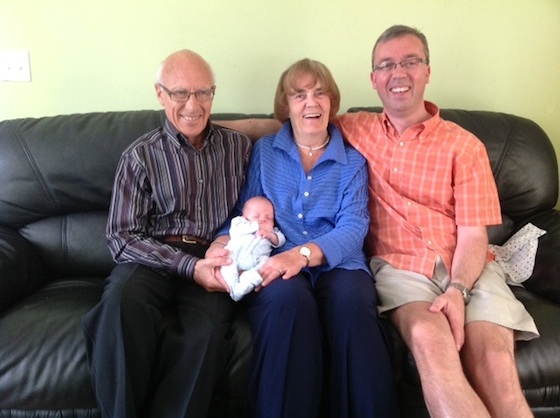 My Father and Mother visiting from Scotland

My parenting is humbling: One of the cards I got yesterday, said “To the best Dad in the world.” It was a lovely sentiment. I wish it was true. It’s not. I feel I’ve been such a failure as a Dad, so much so that I really can’t believe God would give me another son to father. Scot may get the benefit of some of the failures I’ve learned from over the years, but my hope for him is not in my fathering. It’s in my Heavenly Father and His gift of His only Son.