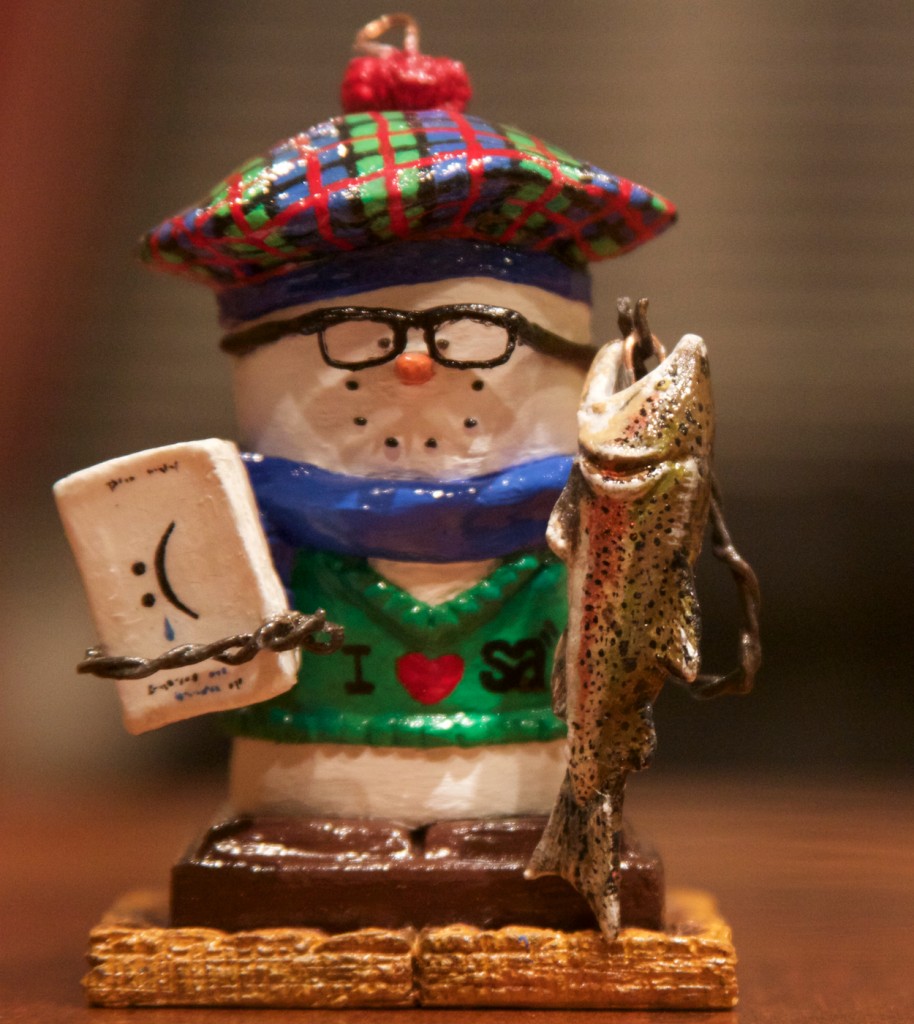 Scotland’s national poet, Robert (Robbie) Burns, once composed a poem To A Louse, a horrible insect which he saw on a lady’s hat while sitting in church one day! It contained the lines:

O wad some Power the giftie gie us
To see oursels as ithers see us!
It wad frae mony a blunder free us,
An’ foolish notion:
What airs in dress an’ gait wad lea’e us,
An’ ev’n devotion!

Let me translate (with apologies to the bard)!

O would some Power the gift to give us,
To see ourselves as others see us!
It would from many a blunder free us,
And foolish notion:
What airs in dress and walk would leave us,
And even self-devotion!

The prayer in the first line is effectively, “Oh that God would help us to see ourselves as others see us.”

A worthy and commendable prayer, indeed!

As you can see from the above photo, this prayer was answered for me last week when I was in Greenville with my friend Steven Lee, the president of sermonaudio.com. He gave me a box containing a model made by his wonderfully gifted sister-in-law.

As a result, I now know how others view me: a depressed Scottish s’more who catches the odd salmon!