I have a sermon to prepare.

I’m excited because the creative process is often so enjoyable: discovering profound truth, framing clear and simple sentences, crafting an attractive structure, etc., all by the grace of God of course.

I’m anxious because it may take me many frustrating hours, baskets of waste paper, and deep brain pain. I may have hours of “unproductive” work ahead. And what if, by the end of the day, I still have no sermon worth preaching?

Actually, what I should probably do is go out running (and pray as I go). 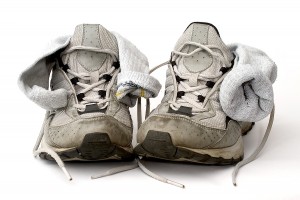 In The Creative Brain on Exercise, Jonathan Fields notes:

The physical state of our bodies can either serve or subvert the quest to create genius. We all know this intuitively. But with rare exceptions, because life seems to value output over the humanity of the process and the ability to sustain genius, attention to health, fitness, and exercise almost always take a back seat. That’s tragic. Choosing art over health rather than art fueled by health kills you faster; it also makes the process so much more miserable and leads to poorer, slower, less innovative, and shallower creative output.

In Spark: The Revolutionary New Science of Exercise and the Brain, Dr John Ratey demonstrated that exercise is not so much about six-packs and cellulite, but about brain chemistry and electricity. He cites the following data to prove the connection:

Ratey argues that exercise not only improves the brain’s chemistry, and the way it processes fear and anxiety, but even changes its shape – for the better. Jonathan Fields summarizes the research:

Anyone involved in a creative endeavor should tap exercise as a potent elixir to help transform the uncomfortable sensation of anxiety from a source of pain and paralysis into something not only manageable but harnessable. Exercise, it turns out, especially at higher levels of intensity, is an incredibly potent tool in the quest to train in the arts of the fear alchemist.

Yes, we need the Holy Spirit. But we may also need a new pair of training shoes.