In this post Maurilio Amorim argues that way too many churches and Christian ministries blame God or Satan for mismanagement rather than take right and decisive action. 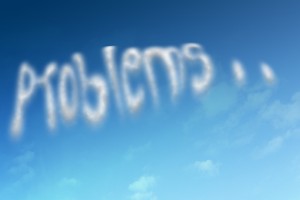 Borrowing more money than you should, hiring the wrong person for the job, mismanaging people, failing to do due diligence on a deal, are not spiritual issues. They are management and leadership problems.

We don’t need to pray about firing an employee who has stolen from the organization, but leaders often agonize about letting people go who don’t perform, are not loyal, and who steal from the ministry by constantly robbing everyone by their lack of contribution or negative attitude. There’s a big difference between being ruthless and uncaring and being passive, fearful or disengaged.

But it’s not just churches, ministries, or companies that do this, is it! We’re all prone to this over-spiritualization of problems in our personal and family lives too.

And, in fact, I’d have to disagree with Maurilio that “these are not spiritual issues. They are management and leadership problems.”

They are definitely management and leadership problems. But they are also reveal deeper spiritual problems. What such fearful and fatalistic passivity reveals is a lack of true spirituality.  And a lack of true prayer.