Looking back on my life I’ve been increasingly struck by how God was preparing me for Gospel ministry long before I was even converted. And in such reflection I’ve found plenty material for worship – worship of God’s sovereignty, God’s wisdom, and God’s love. Like the Apostle Paul I can increasingly see that, in God’s good pleasure, He “separated me from my mother’s womb” (Gal. 1:15). Yes, seminary begins in the womb. 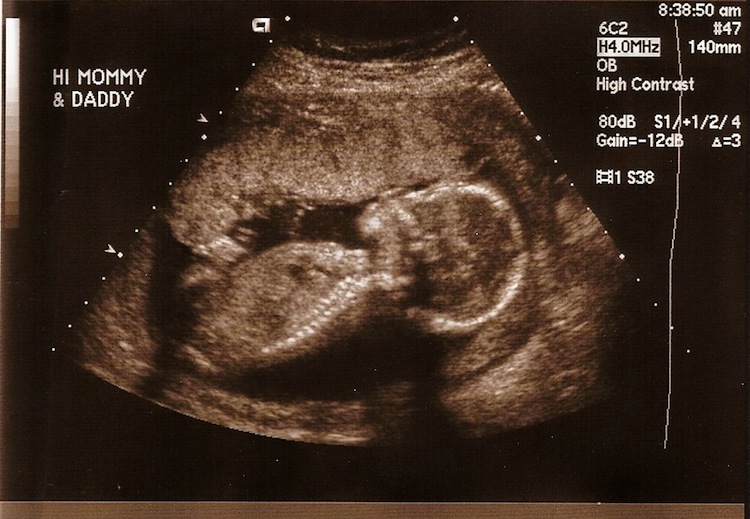 And such pre-conversion preparation can also be seen in the lives of many Gospel ministers as we read their biographies and autobiographies. Consider the following preparatory influences in their lives…and yours.

Parental Preparation
In his biography of John Stott, Timothy Dudley-Smith wrote: “Every man is to a great extent the product of his inheritance. The most formative influence on each of us has been our parentage and our home. Hence good biographies never begin with their subject but with his parents and probably his grandparents as well.”

John G Paton, pioneer missionary to the New Hebrides, narrates how his father’s prayers at family worship prepared him for ministry: “As we rose from our knees, I used to look at the light on my father’s face, and wish I were like him in spirit, hoping that, in answer to his prayers, I might be privileged and prepared to carry the blessed Gospel to some portion of the Heathen World.”

In some ways, God prepares Gospel ministers even in the characters and experiences of their grandparents and great-grandparents.

Personality preparation
Long before we are converted, God shapes our personalities through genes, environment, and events; and these will not only prepare us for ministry but also impact our ministries – for good or ill. For example, David Brainerd says, “I was from my youth somewhat sober, and inclined rather to melancholy than the contrary extreme.” These natural characteristics were carried into Brainerd’s ministry; sometimes for good; oftentimes, when carried to extreme, for ill.

School preparation
J I Packer’s school friend Brain Bone tried to convert him to Unitarianism. Alister McGrath comments: “Packer found Bone’s arguments unconvincing, not least on account of the Unitarian understanding of Jesus purely as a religious or ethical teacher; nevertheless, their debates raised in his mind the whole question of truth in Christianity.” Not only did this schoolboy friendship initiate spiritual thoughts, but one of Packer’s English teachers also introduced him to C S Lewis, through the book Screwtape letters.  Dr Lloyd-Jones attributes his love of history and of oratory to two of his early teachers, neither of whom were converted.

Societal preparation
Listen to John G Paton describe how unknown and unheralded people in his own community were used of God to prepare him for ministry: “The Villagers of my early days – the agricultural servants, or occasional labourers, the tradesmen, the small farmers – were, generally speaking, a very industrious and thoroughly independent race of people. Hard workers they had to be, else they would starve; yet they were keen debaters on all affairs both in Church and State, and sometimes in the smiddy or the kiln, sometimes in a happy knot on the village green or on the road to the kirk or the market, the questions that were tearing the mighty world beyond were fought over again by secluded peasants with amazing passion and bright intelligence.”

Vocational Preparation
God uses our early careers and callings to shape us for Gospel ministry. Though only 11 years of age, John G Paton worked from six in the morning till ten at night in his father’s trade. Short breaks for breakfast, dinner, and supper were used to study Latin and Greek. Yet, he says, “I gladly testify that what I learned of the stocking frame was not thrown away; the facility of using tools, and of watching and keeping the machinery in order, came to be of great value to me in the Foreign Mission field.”

Delivering preparation
I’m sure many of us can look back and see how God preserved us for ministry by delivering us from near-fatal accidents. As a boy, Lloyd-Jones and his brother were sleeping when they smelled smoke, “but sensing no danger, they merely pulled the blankets higher over their heads.” Eventually the family’s maid managed to awaken the heavy sleeping boys by banging on their father’s door, who reached their bedroom, and threw Martyn out of the window into the arms of three men who were standing in their nightshirts in the road. “Then they got hold of a ladder so that my father and brother could climb down. They were scarcely out when the floor collapsed behind them and everything went up in flames.” What a deliverance from the Evil One! And what an impact it had on Lloyd-Jones’s view of human frailty and vulnerability, as his family were also plunged into poverty as a result.

Affliction preparation
A bully chased J I Packer out of his school and on to the road where a van knocked him down. He suffered a major head injury that required immediate surgery. Mercifully a highly-trained specialist surgeon was able to save Packer’s life. But, says his biographer, “looking back, this near-fatal accident can be seen to have had a major impact on the life of Packer…It is directly linked to his love of reading and his remarkable ability to write.”

“From then until he went to university, Packer had to wear a protective aluminum plate over his injury, making it impossible for him to join in normal schoolboy games. This reinforced his natural tendency to be a loner…He would find solace in solitary things, particularly reading.”

When he was eleven, Packer asked his parents for a bike on his birthday. Aware of the great danger this would pose to his fragile skull, they instead gave him an old heavy typewriter! Though initially disappointed, “it proved to be what he needed. Surprise gave way to delight, as he realized what he could do with this unexpected gift. It was not more than a minute before he had put paper into the machine, and started to type. It proved to be his best present and the most treasured possession of his boyhood.”

Academic preparation
When Packer found out that George Whitefield attended the same school and had been converted in the same city and university, he determined to find out more about him. “The narrative of Whitefield’s conversion and ministry excited and challenged him. It was like an ‘unction from God’, a ‘milestone’ in his spiritual journey.”

Later, when Packer could not figure out how he was a Christian yet stilling sinning, “he came across a pile of old books that a now-blind pastor had dumped in an Oxford Christian Union basement room: As Packer sorted through the dusty piles of old books in the basement of the North Gate Hall, he came across an uncut set of the edition of the writings of the Puritan divine John Owen… Intrigued, Packer began to cut the pages of Owen’s writings, and to read what he found. Immediately, he found himself challenged by the realism of Owen’s analysis both of the problems arising from ‘indwelling sin’ and of the means of dealing with it.” In this soul-relieving study, began Packer’s love-affair with the Puritans.

Pastoral model preparation
Many Gospel ministers have been prepared by growing up under poor models of pastoral ministry. Neither Richard Baxter nor Martyn Lloyd-Jones’s heard the Gospel from the legalistic and moralistic preachers of their childhood. But motivated by that terrible experience, they were passionate about getting the ministry right.

Of course, good pastoral models can also be a powerful motivation. When Lloyd-Jones went to London, he was heavily influenced by the highly-individualistic Peter Griffiths, then by the power of God that was present in John Hutton’s preaching. Lloyd-Jones remembers: ‘He impressed me with the power of God to change men’s lives; He believed in rebirth and regeneration.”

Conversion preparation
How often the Lord uses the particular way we are converted to prepare us for ministry to particular kinds of people with special spiritual needs. For example, maybe the Lord will take you through the painful experience of lacking assurance so that you will be able to minister to similar people.

Wife preparation
For many of us, our wives are the best professors and our homes the best seminaries. What a blessing to be prepared for the ministry by being married to a godly wife.

Conclusion
In The Effective Pastor, Peter White sums up this amazing, sovereign, providential preparation with these worship-inducing words: “Imagine! God from all eternity picturing you and me, with our particular upbringing and background, all our varied experience of life and work, our unique strengths; and, punctual to the second, he has us where he wants to use us.”