Let me break the first rule of writing, by starting with a dream. With a nightmare, actually. In it, one of my daughters was riding a scooter along a path, lost balance, stumbled over a low fence, and plunged over a cliff edge – you know, the ones that suddenly appear from nowhere in our dreams. 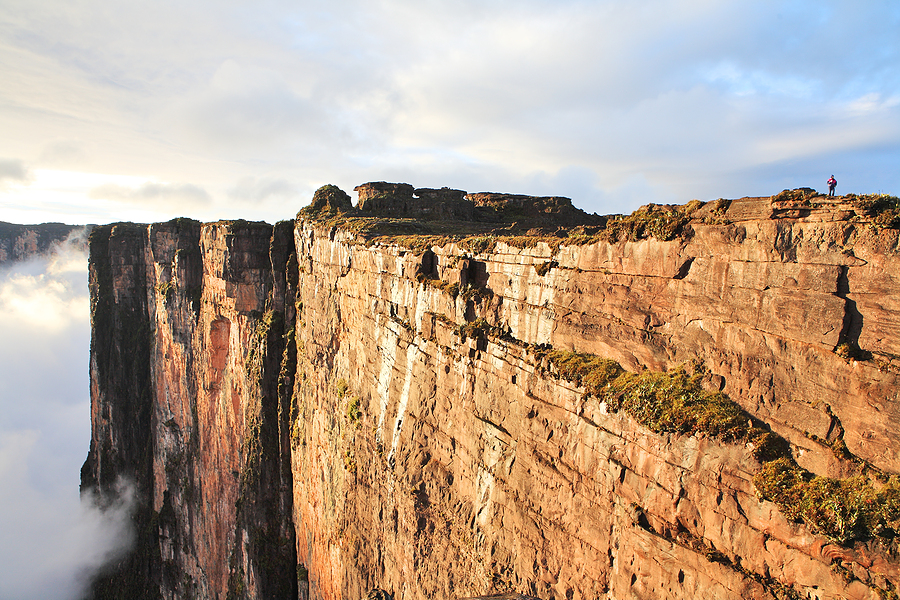 Dream heroism
With “dream heroism” I stripped off my loose clothing and threw myself over the cliff to rescue her. At that moment, thankfully, I woke up with popping eyes, desert mouth, thumping heart, and a strange mixture of gratitude and regret.

Obviously I was thankful that it was only a dream, and that my daughter was warm and snug next door, rather than fighting for her life in a cold and deadly sea. I was also grateful that I was still alive; as I don’t think my daughter’s chances were much improved by my Superman impersonation.

Happy ending?
And amidst the gratitude, one regret – I’d like to have known if the dream had a happy ending. Did I reach the water or was I smashed on the cliff wall? Did I survive the 100+ mph water contact? Did I rescue my daughter? Did I win Superhero of the year?

But there was also that nagging question: in real life, would I really have jumped? Would I have calculated the risk, the probabilities, the chances of either of us surviving, and decided, “Eh, let’s phone 911!”

I mean, what if my daughter is maybe already dead. Even if I found her, could I get us both to shore? A bird in the hand is worth two in the sea, surely?

Wide awake in the early morning, my mind drifted to the Lord’s Supper that I would soon be enjoying in a few hours time. I pondered Christ’s own heart and mind as from His heavenly vantage point He saw millions of sinners jumping over the cliff edge of sin, being smashed on the rocks of disobedience, drowning in the sea of guilt, and being carried away by the current of justice.

Advantage Jesus
There’s no question is there? He will. He did. But there are two main differences between Jesus and me, apart from dream v reality.

First, unlike me jumping over the cliff in relative ignorance, Jesus jumped with full knowledge of every blow, laceration, pain, and sorrow that He would experience. Whatever terror I dreamed, His terrors were real and far worse. Yet, still He jumped.

Second, He knew that despite all the terrifying suffering He would endure in the rescue, He would succeed. What greater motivation to take the plunge into pain than to know that He would live; and that drowning sinners would live also.

That knowledge of certain success made Him all the more willing to endure the greatest pains. If an athlete knows that he’s certain to win gold, he’s more willing to push through the searing pain of the final bend to win. So, Christ’s assurance of ultimate victory enabled Him to push through the greatest pain and worst death ever, without which all of us would be sunk without trace.

The guaranteed rescue of millions, and the certainty of His own resurrection, made up the joy that was set before Him, as He despised the cross and endured the shame. With that sure knowledge He plunged, He sank, He fought the Serpent, He grabbed His drowning people, and swam to shore with every last one of them.

That’s how to turn a nightmare into a dream! And faith in Christ turns it into a reality.