After eight and a half months, 352 million miles, and $2.5 billion dollars, Curiosity Rover landed on Mars accompanied by widespread congratulations and jubilation. 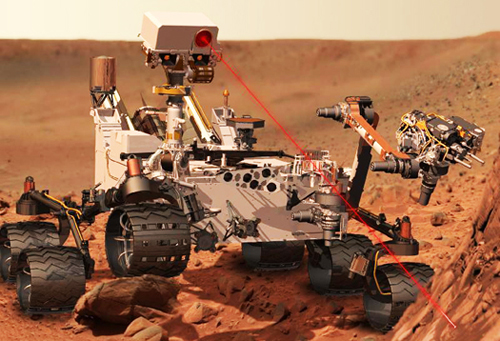 Can we join in? Should Christians support and celebrate the Mars Exploration Program? More importantly, does God?

Worshipping God
Curiosity has certainly given us more reason to worship God. The pictures are astounding in what they reveal of our Creator’s high-definition creation. Clearly, Mars was neither an accident nor an afterthought. It was deliberately conceived, designed, produced and carefully placed in its orbit by a wise and powerful God. If you want to be awed, consider that the Valles Marineris rift system on Mars is 10 times longer, five times deeper and 20 times wider than the Grand Canyon!

Truly, the heavens declare God’s glory and the sky proclaims His handwork (Psalm 19:1). And it’s not just Mars that evokes worship, it’s also the technology and the human brains that invented it that make us worship the God who made such brains, materials, forces, and laws to enable such an accomplishment to take place. We lift our hands and faces skywards, just as the NASA scientists did, but we look beyond a red planet and a robot to see the God behind it all.

Loving our neighbor
We might also argue that supporting NASA is a way of loving our neighbors. “What, our Martian neighbors?” No, I’m referring to the numerous spin-off benefits that the space program’s research has brought to the human race: ultrasound, microprocessors, cell phones, medical treatments, Teflon (and 1500 others according to NASA). It is estimated that for every dollar spent on the space program, the U.S. economy receives about $8 of economic benefit.

Read the rest of the article at Christianity.com