One of the most powerful sermons in my life was totally silent.

22 years ago, I was in the Isle of Lewis, Scotland, courting my hoped-to-be wife, Shona. I’d been brought up in the large and loud city of Glasgow, but Shona was raised in Ness, a little village at the most distant tip of the one of the most distant island in Scotland. 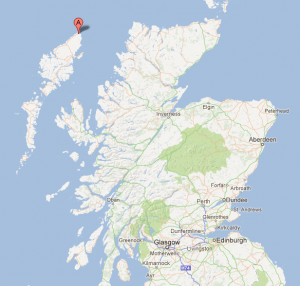 The island was one of the few places left in the world where everything closed on Sunday – apart from churches. No shops, no buses, no planes, no gas stations, no sport. Nothing!

I was sitting outside Shona’s family home after the Sunday morning service one summer’s day, and realized that I’d never heard peace like this ever before. A deep and wide stillness lay over everything. This was what Sabbath rest was meant to be like; a community-wide shut down of all unnecessary activity.

The parked planes, the docked ferries, the locked shops, the empty sports fields, they all preached a visible and visceral message: It is finished.

Sabbath scaffolding
Sadly, most Christians have no idea what a community-wide Sabbath like this feels like, and have no idea what they are missing. It not only rests the body and the mind, but also the soul. The external stillness was like a scaffolding for faith; supporting and confirming the faith that rests in total peace and complete stillness on Christ alone. It was also a visible sermon to those who did not go to church, a weekly reminder of their Creator, of His demands as well as His supply.

Twelve years later, when I had been called to pastor a congregation on the island, I would often stand outside on a Sunday to buttress my own faith with the tranquility and to remind myself of the conscience-pacifying, soul-refreshing, heart-resting message of a finished salvation that I was privileged to preach.

Sadly, when I left the island five years ago, the “modernizers” had succeeded in getting Sunday planes and ferries to run, one gas station had opened, and the roads were noticeably busier. It’s still quieter than most places, but I can’t help think that the Devil was delighted to have eliminated one of the last visible demonstrations of a finished salvation from the face of the earth.

Challenges
I’ll never forget the Gospel power of that first silent sermon, and I often return to the memory of these rare Sabbath hours. In the meantime, in a much noisier community, I’m challenged, as we all are, to re-create that God-ordained stillness and silence in my own home and family one day in every seven.

Are our children able to distinguish Sunday from the other six days. If so, is the message of a finished salvation and of Gospel rest in Christ communicated as clearly as possible, using all the external helps God has provided?

Am I doing what I can to help others to observe a Sabbath by avoiding any unnecessary activities and travel that would involve the employment of others or disturb the lives of others? As somebody once said, “When one person mows his grass, the whole community loses their Sabbath!”