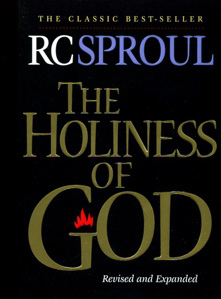 Innumerable millions of Christians throughout the world have been blessed by R. C. Sproul’s writing and speaking ministry. His impact on global Christianity, indeed on the globe itself, is immeasurable. Sure, there are other Christian speakers and writers who are better-known, but none of them have managed to combine such geographical reach with such theological depth as Sproul has. He has a unique ability to teach the loftiest truths in an accessible manner.

Rule-breaker
He does break modern pedagogical rules. For example, he uses complicated words, Latin terms, philosophical concepts, and theological vocabulary; and yet he always manages to quickly explain them using simple short sentences, illustrations, and personal anecdotes before the reader or hearer switches off. He doesn’t treat his audience like academics; but he doesn’t treat them like dummies either. I’ve never read an author quite like him, who operates at a lofty academic level without appearing to show-off, and yet who also comes alongside the simple without being condescending.

Where did it begin?
Whenever we see a remarkable ministry like this, we often ask, “What explains this?” Although we ultimately trace all ability and blessing to heaven, we also look for the earthly means that God used to shape, fuel, and propel a teacher like Sproul and his teaching.

Where did it all begin?

It began in the beginning.

It began with, ”In the beginning God created the heavens and the earth” (Gen 1:1).

In chapter 1 of The Holiness of God, Sproul relates how this verse rocked his world, and through him rocked the world.

He was a young Christian, struggling to stay awake in a boring and irrelevant philosophy lecture, when the lecturer referred to Augustine’s doctrine of creation and quoted Genesis 1:1.

Momentous and Moving
Although he had heard this verse many times before, and believed it, the Holy Spirit now took this truth far deeper into Sproul’s mind, heart, and soul than ever before, gripping him in the very core of his being and overwhelming him with the awesome holy power of God.  If you read the description of how Sproul’s mind went into orbit as he meditated on what it meant for God to create everything out of nothing with just soundwaves, you’ll read one of the most momentous and moving passages in all of Christian literature.

It’s such a soul-stirring account of the world-changing power of the simplest truth. When Sproul, “came back down to earth” he was never the same again. These short simple words, blessed by the Spirit of God, transformed him into a zealous student of God’s Holy Word, a passionate worshipper of God’s holiness, an ardent lover of God’s holy people, a stalwart defender of God’s holy doctrine, and a daily seeker of God’s Holy Spirit.

Trust in the Word
What an encouragement to pastors, teachers, and parents everywhere to put our trust in the bare Word of God, in the simplest truths of the Bible, and look to our Holy God to grip us, our churches, our communities, our friends, and our children, in a similar life- and world-transforming way.