Most Americans do not feel comfortable speaking to their doctor about symptoms of depression.

That’s the question a team of psychologists at the University of California recently tried to answer via a phone survey of 1054 adults. Time reports the results:

The first three certainly coincide with my own experience of counseling people with depression; and there is usually even greater resistance to seeking medical help among Christians. The majority of emails, letters, phone calls, cries for help, that I regularly receive contain extremely painful personal stories describing the impact of depression on people’s lives, and the lives of their loved ones. But they almost always conclude with some variation of, “But, I know that anti-depressants are not for me,” or “But, I want to beat this on my own.”

Why should this be? 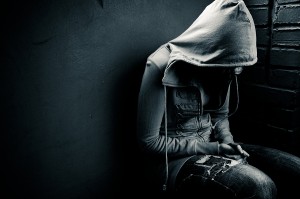 1. Over-prescription
Most of us have seen far too many people put on to anti-depressants far too soon and often with limited investigation as to causes. We’ve all known people who run for a pill as soon as they feel a bit down; there’s no willingness to bear any emotional pain; there’s no seeking of God’s help, grace and counsel; “Just give me something to make me feel better!”

Others want pills (and are usually given them) to deaden the guilt of living sinful lives. They will do anything to avoid taking responsibility and facing up to the spiritual causes of their pain; and if that means some emotion-killing meds, then pour them in. (Here’s a previous post on the pointlessness of medication-only approaches).

The abundant evidence of over-prescription in our society, even among Christians, is a huge impediment to the really needy going for appropriate help.

2. Confusion
The vast majority of people know very little about the role of the brain in our thinking and feeling processes. I’m afraid that even many Christian counselors and pastors lack vital understanding of brain science, and especially of the role the brain plays in our spiritual lives. It’s so embarrassing to see 20 and 30-year-old medical research, theories, and cliches still being quoted in modern Christian counseling books.

Yes, of course, some depressions can be caused by sinful actions, thoughts, and feelings. But depression can also be caused by the “machine” that processes our perceptions, thoughts, and feelings breaking down and malfunctioning. Like the factory with a broken conveyor belt, it doesn’t matter how many high-quality raw materials you put into it, the goods are going to come out damaged until the machinery is fixed. You can press the switch as often as you want, but if the cable is broken you will remain in the dark.

It’s actually amazing how much the church has gone backwards in its understanding of how the physical and the spiritual interact. I often hear the Puritans being promoted as models of men who used only Scripture to deal with depression. However, Puritans like William Perkins, Richard Baxter, Timothy Rogers, and Jonathan Edwards all understood and taught that there was often a physical or bodily element to many depressions, that needed to be treated with medicine, crude though their own solutions were at that time. For example, Richard Baxter wrote The Cure of Melancholy and Overmuch Sorrow by Faith and Physic (Medicine).

(UPDATE: I was just sent this fascinating Wall Street journal report on the impact of oxytocin on schizophrenics.)

3. Pride
We do not want to think of ourselves as weak (and we certainly don’t want others to think of us like that). Strange isn’t it that no one would view taking medication for any other malfunctioning bodily organ as a sign of weakness; rather, that’s wisdom!  Yet, taking meds for problems with the most complex organ in the body is somehow only for “losers!”

Pride can also be manifested among Christian pastors and counselors who think that they can “do it all.” Instead of viewing themselves as a vital and central part of a team of helpers from various disciplines working together to help a depressed person get better, some actively discourage the sufferer from working with anyone but themselves. This too deprives a person from benefitting from the gifts and talents God has distributed among different specialties.

4. Hyper-spirituality
Although Christians with heart disease, diabetes, blood disorders, cancer, etc. do not think that it is unspiritual to seek and use medicines to relieve their symptoms and even cure their illness, many seem to think that there is some special spiritual virtue in suffering depression for months and years without any medical intervention. Their family and friends don’t usually see much super-spirituality in this approach!

And the next time someone tells you that taking medication for depression shows a lack of faith, or a lack of trust in God’s Word, ask to see their usually overflowing medicine and vitamin cabinets!

The question really is, “How desperate are we?” If we are truly desperate, then we will be prepared to put up with some lesser side-effects in order to start feeling and thinking normally again.

Brain scientists are increasingly referring to the brain as a “universe,” a universe that we’ve barely begun to explore. With new brain-imaging techniques, the previously slow pace of medical research is beginning to take some leaps forward. Let’s pray for God’s blessing on these researchers, that He would permit them to discover what He already knows about the role of the brain in our thinking and feeling processes, and that the relatively primitive medicines we presently have would be replaced by much more sophisticated and successful treatments.

And let’s pray for pastors, counselors, and Christian doctors that they will be given increasing skill to discern where each person’s depression lies on the spiritual/physical scale. God forbid that we help someone excuse and reason away their sin. But may God also forbid that we heap blame and responsibility on people for something that is not their fault.

Who is sufficient for these things?