Although most of my life has been spent in the UK, ever since the Reagan years I’ve also taken a keen interest in American politics. I must have read close to a hundred different biographies of various American Presidents, VP’s, Secretaries of State, Generals, “spin-doctors,” and political journalists. And of course there are the daily visits to realclearpolitics, politico, etc. And after all that research, I’m looking forward to when I hope to be able to cast a ballot in a few years time.

So allow me to make one of my rare forays into commenting on American politics with this simple question:

Why are the mainstream media almost completely silent on Mitt Romney’s Mormonism? 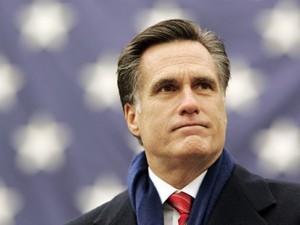 I’ve been reading Latayne Scott’s The Mormon Mirage over the past few days, as I prepare to interview her on the Connected Kingdom podcast. I must confess that, with most of my Christian life and ministry having been spent in the Scottish Highlands, I’ve not needed to know much about Mormonism and I’ve had very little contact with Mormons themselves. That’s why The Mormon Mirage has been such a frightening eye-opener for me. As I discovered more and more about the Mormon’s bizarre and outlandish beliefs, practices, and leaders, the question kept popping into my mind: Why are the mainstream media almost completely silent on Mitt Romney’s Mormonism?

I look at the media’s brutal, ruthless, and merciless treatment of political leaders with any kind of evangelical Christian faith (e.g. President Bush, Michelle Bachmann, Sarah Palin, Rick Perry, etc.). But when it comes to Mitt Romney – silence! In fact, even more intriguingly, we find increasing numbers of the media, and even of Democratic opponents, praising him! Something very suspicious going on here.

Democratic strategists know that they can use Mitt Romney’s Mormon “faith” to destroy him in a general election campaign. Therefore, keep the powder dry, help Romney get nominated, then repeatedly connect him with the utterly weird religion he is associated with; keep him on the back foot defending or explaining (or rejecting) his beliefs, and wait for sufficient independent (and evangelical) voters to take fright, as they assuredly will. And even if Romney then renounces his Mormonism, that simply plays into the already damaging “flip-flopper” narrative of someone who will say/do anything to be elected

This is nothing whatsoever to do with the American left’s pre-occupation with the so-called “separation of church and state” (which is increasingly being interpreted as no one with faith is allowed an office of state). This is nothing to do with whether Mormonism is a cult or not. No, this is simply about personal gullibility and potential electability. I know that we Christians are mocked for believing in the virgin birth, the miracles, the resurrection, etc. However, even our harshest critics would say ,”Compared to Mormonism, Christianity is a model of sanity and reasonableness.”

I was quite keen on Romney until I read Latayne Scott’s book. Although he’s rather weak and unpredictable on social issues, I thought his business and leadership gifts and experience might be just what America needs at this time. I’ve been impressed with his debating skills and he certainly carries himself well. But this Mormonism is going to sink him.

So, here’s my prediction. If Romney is nominated, the media who seemed to support him will suddenly discover he’s a Mormon, and they’ll quickly and easily render him unelectable.

(UPDATE: The last week’s media “interest” in Mormonism was the result of a prominent pastor’s comments not media investigation of Mormonism. The reaction of most of the media to these comments seems to prove my point: “What do you mean Mormonism is a cult…not Christianity…etc?” Downplay, minimize, etc….until the time is right…)