Prius Hybrid drivers may pride themselves on their “ethical cars” but their driving ethics are nothing to be proud of. 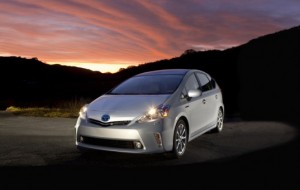 Science Now reports that in a series of tests designed to see whether dishonesty varied with social class, researchers found that privilege promotes dishonesty. Instead of the poor doing whatever it took to get ahead, it was the rich who excelled in this vice. Psychologist David Piff commented:

Our findings suggest that if the pursuit of self-interest goes unchecked, it may result in a vicious cycle: self-interest leads people to behave unethically, which raises their status, which leads to more unethical behavior and inequality.

In a final experiment, the researchers stationed pedestrians at crosswalks, with instructions to approach the crossing at a point when oncoming drivers would have a chance to stop, as required by California state law. What happened next?

In fact a third of Prius Hybrid drivers broke the crosswalk laws, putting them at the top of the league for “unethical driving.” Piff’s explanation?

This is a good demonstration of the ‘moral licensing’ phenomenon, in which hybrid-car drivers who believe they’re saving the Earth may feel entitled to behave unethically in other ways.

In other words, sacrificial care for the planet can increase the willingness to sacrifice people!

What else is there to say apart from: “The heart is deceitful above all things and desperately wicked! Who can know it?” (Jer. 17:9).