I’m often asked, “What are the differences between Scottish and American churches.” Obviously this is a very difficult question to answer because there is such a wide diversity of churches in both countries. 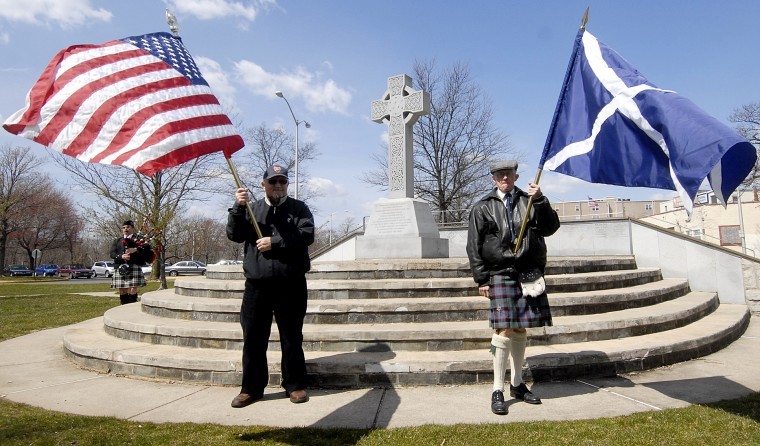 However, speaking in the most general terms, let me give twelve basic differences I’ve noticed in my five years in the USA. And I’m basing this not so much on own church here in Grand Rapids but on the exposure I’ve had to many Christians, churches, ministries, and conferences across multiple States – although most of it’s been in the Reformed tradition.

1. American churches are bigger: Scottish churches maybe average between 50-80 regular attenders, many are far smaller, and most of them are declining in size. There are far more large churches in the USA, and churches on the whole are bigger

2. American churches are richer: Obviously this follows from #1. However, I’ve been stunned at the incredible generosity of wealthy Christians in the USA. I’ve especially seen this in the donations to the Seminary, but churches also greatly benefit from the large hearts and wallets of those whom the Lord has blessed with material wealth and steward that gift for His glory.

3. American churches are younger: It wasn’t until I came here that I realized how disproportionately few young people there are in most Scottish churches. Why? See #4.

6. American preachers use more paper: There’s much more reading of sermons in American pulpits. Most Scottish preachers take some limited notes into the pulpit, but they don’t seem to depend on them so much. Consequently, Scottish sermons are less polished but maybe more personal and passionate.

7. American sermons are more lecturely: Most American sermons are teaching sermons for Christians. In Scotland, while one sermon is usually a teaching sermon for Christians, the other is usually preached specifically to the unconverted. There’s expositional teaching in these evangelistic sermons too, but it’s clear that they are preached primarily for the conversion of lost sinners.

8. American churches are more diverse: Although most American Christians wish for more ethnic and cultural diversity in their churches, there is certainly more than in most Scottish churches.

9. American pastors are more specialized: Most Scottish churches have one paid pastor. And that’s it. No more staff. That means Scottish pastors have to be generalists, doing everything. American churches have larger staffs that result in more specialization, and sometimes the strange phenomena of pastors who only preach but never visit or counsel the sheep!

10. American churches have more pastors who are “Doctors”: While Scottish Christians value education, they are quite suspicious of ministers who pursue doctorates. This is partly historical – academics ruined our Seminaries – and partly because they’ve seen the damage that ambition to be a professor can do to a person. That’s why, when I was given my D.Min. I put it in the bottom drawer and didn’t tell anyone in my congregation. I didn’t even tell my parents!

11. American churches are more optimistic: I don’t think this is so much a spiritual trait as a national characteristic. Americans in general are a more optimistic, can-do people (is this changing?), resulting in more welcoming, friendly churches.

12. American sermons have more jokes: Thankfully not true in my own church, but wearisomely true in many churches.

So, anyone want to immigrate? Which way?