I’ve preached quite a few sermons from Ecclesiastes 7. But I’ve always felt a little awkward when reading verse 28 in the pulpit:

One man among a thousand I have found,
But a woman among all these I have not found.

In the context it looks as if Solomon’s search for wisdom turned up a wise man now and again, but never a wise woman! It’s not exactly New-York-Times-speak, is it! Is Solomon a closet Republican conducting a “war on women?” 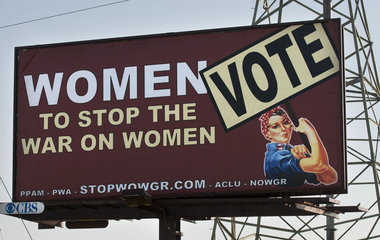 I’ve never found a commentary that either deals with the difficulty or solves it to my satisfaction. Until last Saturday, when I was preparing a sermon on Ecclesiastes 7:29, and I came across this in the ESV study Bible:

The term “found” here means “figured out, comprehended by study.” The Preacher is admitting that he is unable to “figure out” the vast majority of people he encounters, whether male or female; even his successes in understanding his own sex are extremely unimpressive (only “one man among a thousand”).

This explanation fits the Hebrew, the grammar, the immediate context, and the wider context of the whole Bible which honors women and elevates them above the cultural and societal norms of biblical times.

So, no, it’s not the most sexist verse in the Bible. If anything, you’d expect a man to have a much higher “figure out” rate among his own gender. But his stats are hardly impressive, are they.

The Bible reveals God’s saving love for women; it’s sin that’s sexist and wars against all women…and all men.