My friend Andrew Murray (no relation) is manager of Bethany Christian Trust, a charity for the homeless and vulnerable in Aberdeen. Some years ago, when he stood as a Conservative candidate for election in Edinburgh, he gave this speech (slightly edited here) on “What is a social conservative?” 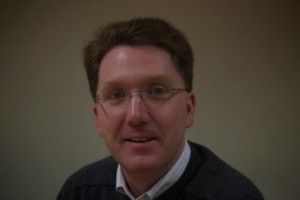 The conservatism I believe in is often termed social conservatism and it can be summed up under six headings;

Firstly, I believe in the traditional Family and the Home as one of the principal symbols of social conservatism.

Social conservatives generally believe in the traditional view of the family as the basic building block of any stable society. While acknowledging that many families don’t always work out as planned, I believe that a solid, stable family is the best environment for children to be brought up. It is their first school where they are taught basic values. We are relational beings and the family is the place where we learn our social skills, our respect for authority and hopefully some good manners.

As any social worker will tell you, the attachments made in the first few weeks and months of a child’s life will affect their experience of relationships for the rest of their lives. For social conservatives the family is the most tried-and-trusted institution. It offers the kind of multidimensional care that the feed-and-forget state cannot. To quote John Hayes MP;

…government can undertake some functions undertaken by a family or a community. The state, or market, can replace the breadwinning role of a father, but it can’t tuck a child into bed at night….

It is hard to imagine a Conservative leader today standing up at the Party Conference and saying that the first of the Party’s main objectives is ‘To uphold the Christian religion and resist all attacks upon it’ as Winston Churchill did in 1946. Politics needs a moral context.

Beliefs such as capitalism without a moral context simply descend into the celebration of self interest.  Policies need to follow principles not focus groups and polls. Values such as justice, equality, decency, respect, compassion are not formed in a vacuum. When political leaders believe that they are the supreme power in a nation, and have no higher power to which they are accountable, it can lead to disastrous consequences.  There must be a divine standard to which we measure all our actions. As Lord Hugh Cecil has said:

Religion is the standard by which the plans of politicians must be judged, and a religious purpose must purify their aims and methods.  Emphasising this truth, Conservatism will be the creed neither of a superfluous faction nor of a selfish class.

Thirdly I believe in Realism, Pragmatism and a Limited Role for the State.

I reject the left wing idea that through social engineering and just the right amount of funding, a utopia is attainable. Stalinist Russia is surely all the evidence we need that a utopian society is a socialist fairy tail. To quote the Conservative researcher Michael Veitch:

For the Conservative, an appreciation of the fallen nature of mankind has led to an understanding of the appropriate view of the state.  Because people are flawed, it is futile for the state to seek to bend their wants and desires to its will – a common mistake of the Left through the ages.  Furthermore, because man is a flawed being, it follows that the state – a man made institution – is equally flawed.  History bears witness to the fact that it is therefore folly to place too much power into the hands of the government.

Conservatism is not controlled by an ideology like socialism. As conservatives we seek to pragmatically solve problems based on knowledge, realism, and tried and tested conservative values.

Fourthly, I believe in Responsibility

Many Conservatives talk about economic and social freedom, but freedom with no limits leads to chaos. Social conservatives believe in personal, community and corporate responsibility. The more people take responsibility the less the state needs to get involved. Responsibility cannot be legislated, it must be taught primarily through the family as children are brought up, and local communities taking responsibility for their more wayward members. Margaret Thatcher in her now famous quote on society can say it better that I can:

We’ve been through a period where too many people have been given to understand that if they have a problem, it’s the government’s job to cope with it. They’re casting their problems on society. And you know, there’s no such thing as society. There are individual men and women, there are families. And no government can do anything except through people, and people must look after themselves first. It’s our duty to look after ourselves and then, also, to look after our neighbours.

Fifthly, I believe in Compassion

Unlike the top down solutions of the left, conservatives understand that real compassion can only be communicated through people at a ‘grass roots’ level.

The conservative approach to compassion is distinctive. We understand that the institutions of civil society form the soundest basis for a caring society. School choice, zero tolerance of crime and a safety-net approach to welfare are other favoured hallmarks.  To quote John Hayes MP:

The state and the market are one dimensional – providing material care. They don’t provide the personal touch. Someone down on their luck doesn’t just need money dispensed from behind a plastic screen. He also needs encouragement, friendship and hope. He needs to know that someone is in his corner. He needs help to walk tall again.

Lastly, I believe in Tradition

Social conservatives do not look around for the latest political fad and do not collapse at the first challenge of political correctness. Our principles and beliefs are grounded in something stronger and deeper than passing fads. As Edward Leigh MP has said:

Tradition is accumulated wisdom. Established customs and practices have stood the test of time, and should be preserved for the benefit of present and future generations.

In closing, let me summarise social conservatism with this excellent quote from Russel Kirk in The Conservative Mind: