Two great errors plague our world. First, there is the idea that if we have the Bible, we are safe. That was the Jewish error in New Testament times, the notion that being blessed with the possession of God’s Word would be enough. It’s still with us today and so is Paul’s warning that more light actually brings more responsibility. God may favor some with more light than others, but He doesn’t show favoritism in judgment (Rom. 2:1-11).

Second, there’s the misconception that if people don’t have the Bible, they are safe. God wouldn’t judge anyone who never heard the Gospel, would He? Paul’s answer? “God will never judge people for what they never knew and could not do, but He will judge them for what they did know and didn’t do” (Rom. 2:12).

On the judgment day, God will ask the unevangelized heathen three simple questions:

Unbelievers will be judged by the light that was available to them rather than by what was unavailable. They will not be condemned for sinning against a revelation they never had. They will only be judged by what they knew and didn’t do: “As many as have sinned without law, will also perish without law” (Rom. 2:12).

Notice the hope: God will not judge those who never had the written law as if they did have it. Notice the despair: Though they don’t have the written law, they all still sin against the moral law written in their hearts and will perish for that. In theory, it’s possible for someone to never have heard the Gospel or read the Bible and be saved – if they can live up to the light God has given within them. In reality, no one has ever done even that.

I was once a great fan of Lance Armstrong, the now disgraced seven-time winner of the Tour de France. I admired the way he battled through cancer to win  these titles, one after another after another. As he reflected on the time when it looked as if he was going to die from his disease, he said: 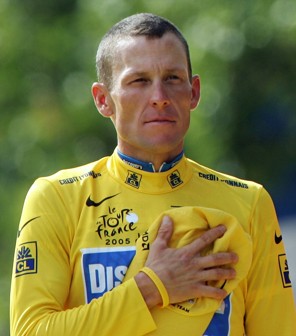 Quite simply, I believed I had a responsibility to be a good person, and that meant fair, honest, hardworking, and honorable. If I did that, if I was good to my family, true to my friends, if I gave back to my community or to some cause, if I wasn’t a liar, a cheat, or a thief, then I believed that should be enough. At the end of the day, if there was indeed some Body or presence standing there to judge me, I hope I would be judged on whether or not I had lived a true life, not on whether I believed in a certain book, or whether I’d been baptized. (It’s not about the bike, 113).

You see, we all have our own standards, our own law, our own morals. And, like Lance, none of us live up even to these rules. None of us! As our own consciences painfully testify (v. 15-16).

BUT! There’s good news for Lance – and for all of us.

“For all have sinned and fall short of the glory of God, being justified freely by His grace through the redemption that is in Christ Jesus” (Rom. 3:23-24).