One of the privileges of working at PRTS is the weekly arrival of new books to supplement our library of 70,000+ books. Here are some of the new selections this week. 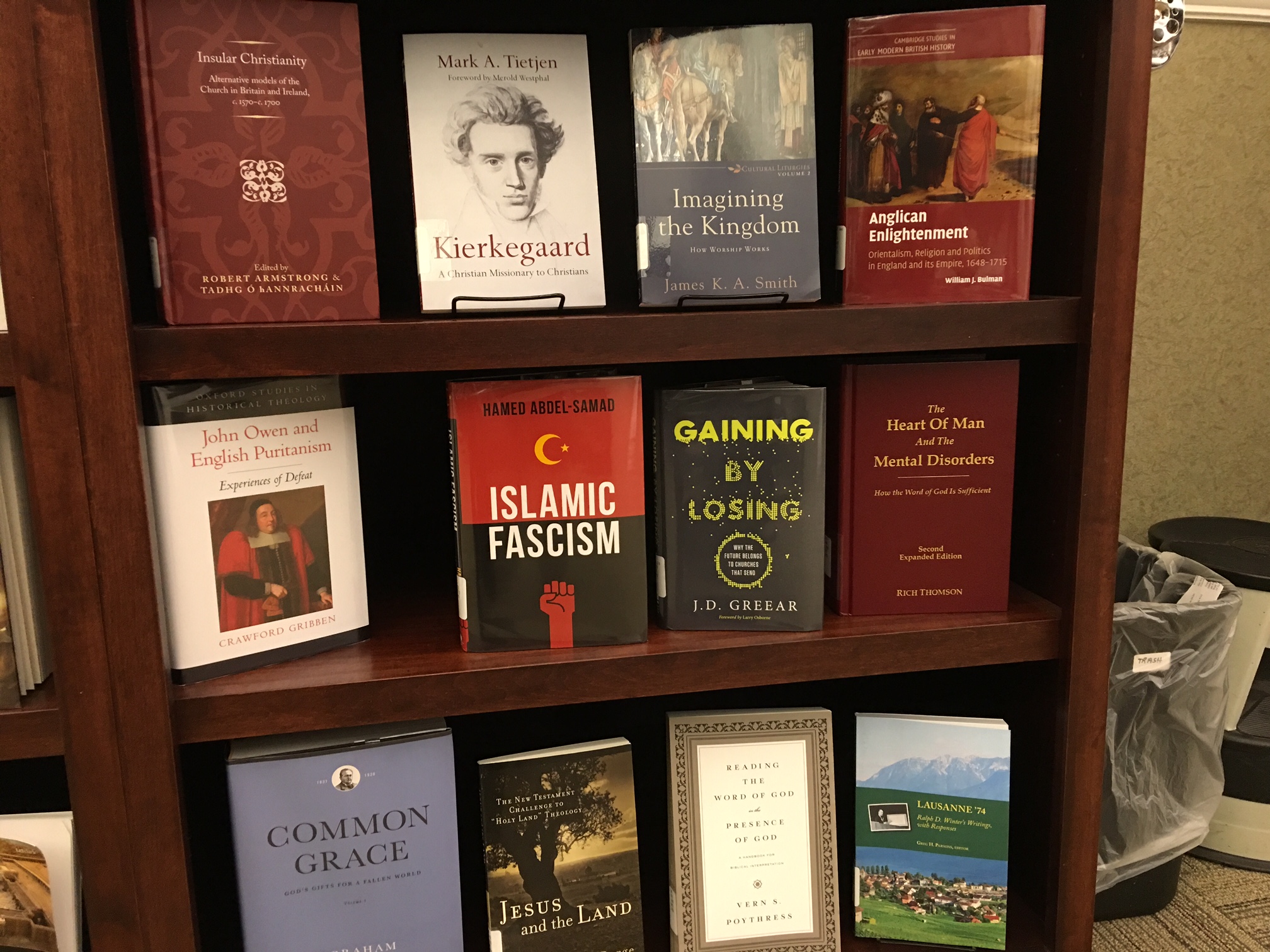 “This collection of essays on the alternative establishments which both Presbyterians and Catholics attempted to create in Britain and Ireland offers a dynamic new perspective on the evolution of post-reformation religious communities. Deriving from the Insular Christianity project in Dublin, the book combines essays by some of the leading scholars in the field with work by brilliant and upcoming researchers.”

Kierkegaard: A Christian Missionary to Christians by Mark A. Tietjen

“Søren Kierkegaard (1813-1855) had a mission. The church had become weak, flabby and inconsequential. Being a Christian was more a cultural heritage than a spiritual reality. His mission―reintroduce the Christian faith to Christians. How could he break through to people who were members of the church and thought they were Christians already? Like an Old Testament prophet, Kierkegaard used a variety of pointed and dramatic ways to shake people from their slumber. He incisively diagnosed the spiritual ailments of his age and offered a fresh take on classic Christian teaching.”

Imagining the Kingdom: How Worship Works by James K. A. Smith

“In the second of a three-volume theology of culture, a leading Reformed philosopher shows how worship works in shaping us through liturgical practices.”

“This is an original interpretation of the early European Enlightenment and the religious conflicts that rocked England and its empire under the later Stuarts. In a series of vignettes that move between Europe and North Africa, William J. Bulman shows that this period witnessed not a struggle for and against new ideas and greater freedoms, but a battle between several novel schemes for civil peace.”

“Crawford Gribben’s biography documents Owen’s importance as a controversial and adaptable theologian deeply involved with his social, political and religious environments. Fiercely intellectual, and extraordinarily learned, Owen wrote millions of words in works of theology and exegesis. Far from personifying the Reformed tradition, however, Owen helped to undermine it, offering an individualist account of Christian faith that downplayed the significance of the church and means of grace. In doing so, Owen’s work contributed to the formation of the new religious movement known as evangelicalism, where his influence still can be seen today.”

“This polemic against Islamic extremism highlights the striking parallels between contemporary Islamism and the 20th-century fascism embodied by Hitler and Mussolini. Like those infamous ideologies, Islamism today touts imperialist dreams of world domination, belief in its inherent superiority, contempt for the rest of humanity, and often a murderous agenda. The author, born and raised in Egypt and now living in Germany, not only explains the historical connections between early 20th-century fascist movements in Europe and extremist factions in Islam, but he also traces the fascist tendencies in mainstream Islam that have existed throughout its history.”

Gaining By Losing: Why the Future Belongs to Churches that Send by J.D. Greear

“In Gaining By Losing, J.D. Greear unpacks ten plumb lines that you can use to reorient your church’s priorities around God’s mission to reach a lost world. The good news is that you don’t need to choose between gathering or sending. Effective churches can, and must, do both.”

“In Common Grace Abraham Kuyper presents a constructive public theology of cultural engagement rooted in the humanity Christians share with the rest of the world. He addresses a gap in the development of Reformed teaching on divine grace, and he articulates a Reformed understanding of God’s gifts that are common to all people after the fall into sin. This first volume contains Kuyper’s demonstration of common grace in its origin and operation.”

Jesus and the Land: The New Testament Challenge to “Holy Land” Theology by Gary M. Burge

“This accessible volume describes first-century Jewish and Christian beliefs about the land of Israel and offers a full survey of New Testament passages that directly address the question of land and faith. Respected New Testament scholar Gary M. Burge examines present-day tensions surrounding ‘territorial religion’ in the modern Middle East, helping contemporary Christians develop a Christian theology of the land and assess Bible-based claims in discussions of the Israeli-Palestinian struggle.”

Reading the Word of God in the Presence of God: A Handbook for Biblical Interpretation by Vern S. Poythress

“Moving quickly from principle to practice, Vern Poythress helps us rethink how we interpret the Bible by showing us the implications of entering into God’s presence as we study. This handbook outlines distinct steps for practicing faithful biblical interpretation by focusing on our fellowship with the God who speaks to us through his Word.”