I hope you’ll permit me an indulgence today as I pay tribute to my Dad who, this weekend, not only celebrated his 75th birthday but also retired from the pastorate after 25 years of ministry among the same people.

Hold on, does that mean he went into the ministry aged 50?

Yes, at age 47, after 24 years in dental practice, he answered God’s call to the ministry, plowed through three years of Seminary, and was ordained when he was about 50-years-old.

I’m pretty sure my Dad would kill me (metaphorically…probably…hopefully) if he knew that I was writing this, but the chances are that he will never read it. 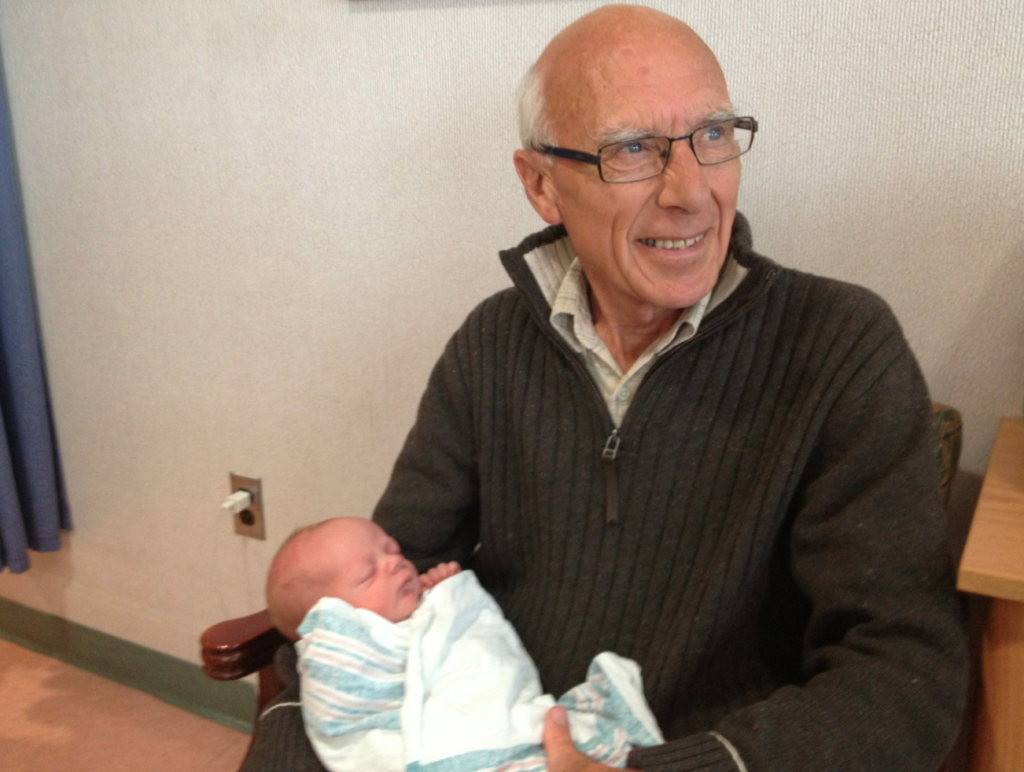 Kill?
Why would he “kill” me? Well, my Dad was brought up in a place and at a time when you didn’t give or expect any tributes for anything. In the poverty-stricken Scottish Highlands of the 1940’s and 1950’s, you did your work quietly, and without fanfare, and looked to God alone for approval. You didn’t praise yourself, you didn’t puff up your own family, and your didn’t let others do it either. I know that seems utterly alien in our self-promoting, image-conscious, social media age – and it definitely went too far at times – but there are many modern egos that would greatly benefit from some good old-fashioned Scottish deflation.

Read?
Why will my Dad never read this? Because he never got into blogs, Facebook, Twitter, etc. I don’t know if he’s even aware that I write a blog! It’s not that he’s technophobic – he was actually quite innovative in his use of technology in dentistry. However, in the ministry, he was so focused on the flock God had given him, that everything else was a distraction, a point I’ll come back to.

So why am I writing this if he wouldn’t like it and won’t read it? I do it partly as a praise to God, as an opportunity for me to remember with worshipful thanksgiving a loving father, a godly man, and a faithful pastor.

But I could do that without publishing it. So why publish it?

I pressed publish because I believe his life and ministry have a few vital lessons that we can learn from. This isn’t a full-blown tribute about my Dad’s whole life – that would take way too long, and he’d definitely murder me for that. I just want to highlight three key points with a special emphasis on the last.

Industry
My Dad was an incredibly hard worker both in dentistry and in the ministry. He gave himself wholeheartedly to God in both callings, and very much saw the former as a preparation for the latter. He devoted disciplined hours to reading, studying Greek and Hebrew, sermon preparation, pastoral visitation, and evangelistic outreach in the community.

Sometimes people would say to him, “Oh, you went into the ministry very late! He would reply, “I often think I went in too early!” meaning, that even with all the experience he gained in running a dental practice, managing staff, dealing with anxious patients, and serving in the local church, he still felt his inadequacy for the great task of pastoral ministry!

Partly because he went into the ministry at an older age than most, he worked doubly hard to make the most of the precious years he did have in the Lord’s service. 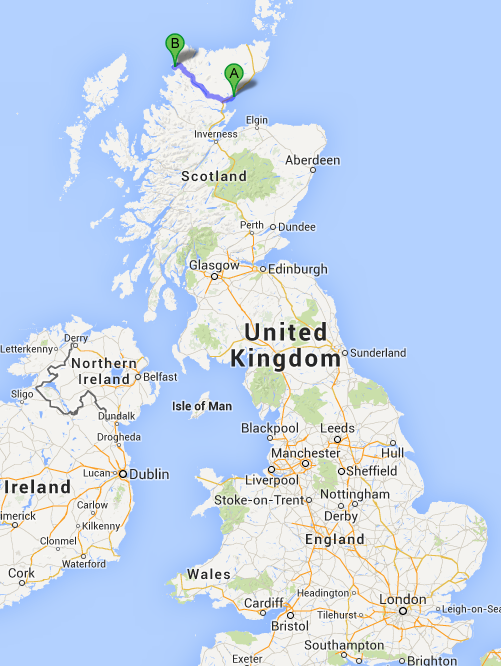 My Dad’s two congregations in Brora (A) and Scourie (B).

Until his mini-stroke a few years ago, my Dad pastored two congregations in the Scottish Highlands. They were 70 miles apart, one on the west coast and one on the east coast, and most of the road was single track. And I mean single track! Wide enough for only one car at a time, regular small passing places were required to let one car pass one another.  And yet in all weathers my Dad drove along (and off a few times!) that treacherous road at least once every week, preaching on Sundays, and leading the midweek prayer meetings, often with just handfuls of people gathered in the fellowship.

Integrity
Most of you don’t know my Dad. He never did anything to draw attention to himself or his ministry. He’s neither famous nor infamous.

But everyone who knows him, know that he’s a man of total integrity. Converted to Christ in his early twenties, he has walked an unblemished path of Christian faithfulness for more than 50 years.

In an age when so many Christians and pastors are falling into terrible temptation and doctrinal error, bringing awful reproach upon the cause of Christ, his consistent and irreproachable moral and theological integrity is a beautiful testimony that brings great glory to God.

Friendships were important to him, but when the time came that stands had to be taken for justice and righteousness, the friendship of God mattered far more to him than any other relationship.

I’m so thankful for an unknown but godly Dad. Although his life and work have past unseen and unnoticed by most, God has seen, God has been pleased, and one day God will display the beauty of his faithfulness in obscurity before the whole world. Others have had their reward. 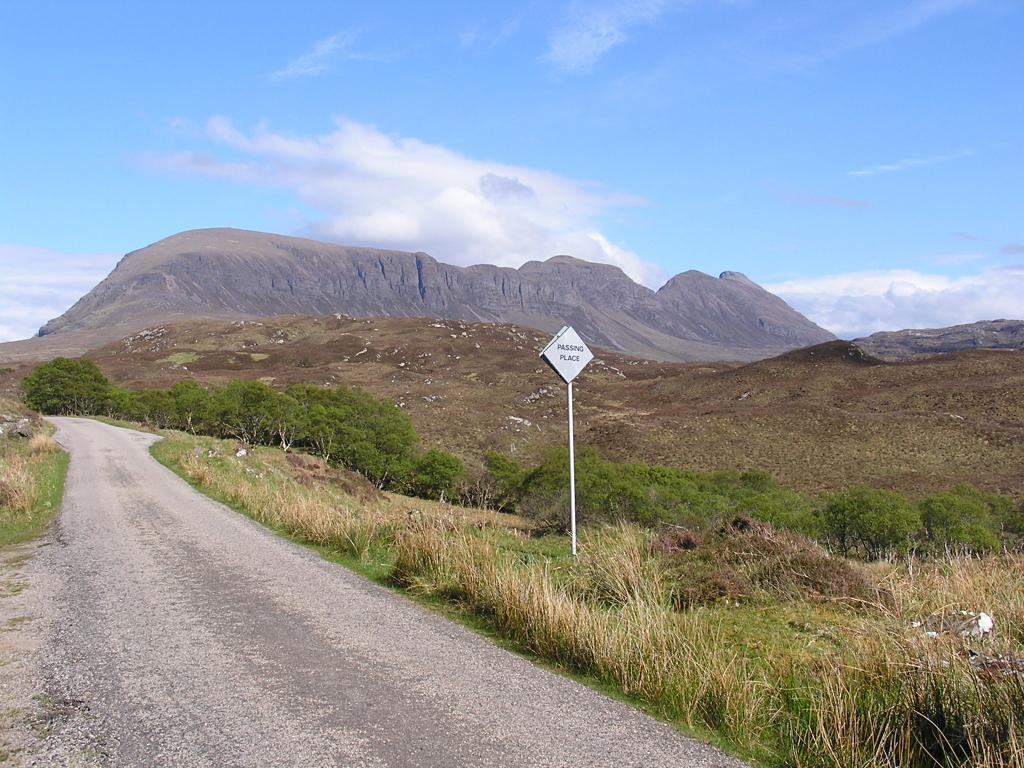 My Dad was called to pastor in Sutherlandshire and spent his whole ministry there. It’s the most remote area of Scotland, with mainly farmers and crofters scattered throughout a barren yet beautiful landscape. Lots of pastors might have viewed it as just a starting spot, a stepping stone to better things. Not my Dad. Although he had calls to serve elsewhere, for him his beloved Sutherlandshire was the be-all and end-all. It was the center of the universe and there was nothing he would not do for his dear flock.

It certainly wasn’t big numbers that kept him there or kept him motivated. His two congregations probably averaged 20-25 people most of the time, maybe sometimes reaching 40. But I have never seen a man with such intense laser-like focus and love for a people in my whole life. You’d think he was pastoring one of the biggest, richest, most powerful churches in the world. Far from thinking it beneath him, he would regularly say, “It’s such a privilege.”

Whenever you spoke to him, the people of Sutherland were on his heart and on his lips. I doubt few people in the world have ever been so prayed for. He preached so passionately for their conversion and spiritual growth, often weeping as he called sinners to Christ and pled for their souls. He loved them and they loved him. Yet, he would often say, “I need them far more than they need me.”

Behind every godly man…
Well, this post is already way too long; and it could go on for many more pages. But let me finish with my Mum (Scottish for “Mom”), because I know that my Dad would not have accomplished any of this without her. She’s been a model wife, mother, and pastor’s wife. Industry, integrity, intensity, and many other wonderful words have characterized her whole life of sacrificial and loving service.

I’m so, so thankful that God has brought them to this time of retirement and pray that He will give them many days of well-earned rest and quiet, to enjoy one another, and to prepare for the great eternity when I believe they will both hear, “Well done, good and faithful servants.”

And if you do ever read this Dad and Mum, I love you, I miss you, and please forgive me this blog! 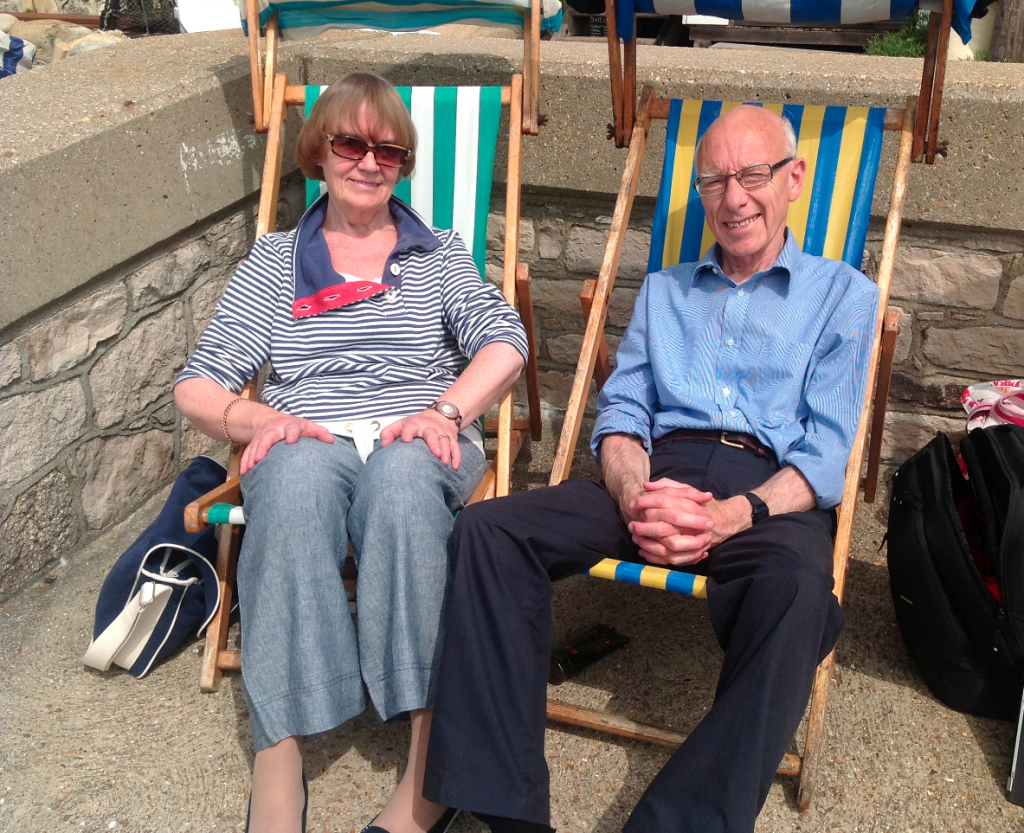 Dad and Mum in Isle of Wight, England, the same vacation spot they’ve been going to for 37 years.